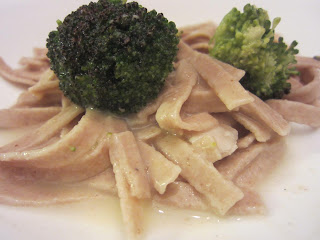 When it's cold out, I want food with rich sauces.  Two weeks ago I said I wanted lasagna or beef stew or something like that and ended up pretty happy with barbecue seitan.  This was like that.  I wanted mac and cheese or pasta with meat sauce or ... mmm ... white wine sauce.


I started with garlic and oil, which I used to cook the chicken that got left out of all future photographs.  That's ok, because this is about sauce. 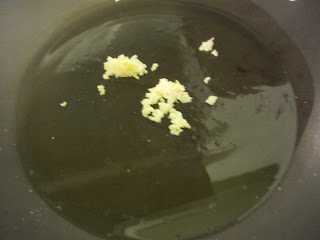 So if you're cooking chicken, fine, start this way and then take out the chicken pieces, leaving the garlic.  If you're going sans-chicken, just start with some garlic and move right into the sauce. 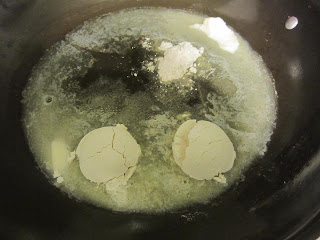 Add equal parts butter and flour to a warm pan and make a roux.  I used 2.5 tbsp each.  Whisk together as the pan heats to medium.  The flour mixture will turn golden.  Keep it moving. 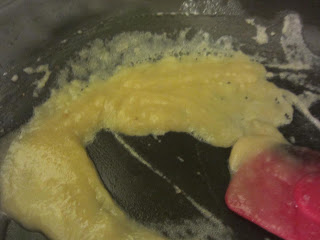 Add a little wine, stir it around well, add some more wine, keep stirring.  I think I used a little over a cup of wine.  I, of course, used emergency wine. 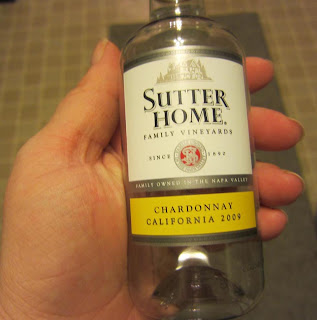 I have a pretty high tolerance for mediocre wine.  Most of what I drink comes in boxes with spouts.  However, know that you're supposed to use wine you would drink.  So, if you're repulsed by the idea of mass produced American wine, go ahead and open up something you like.  This is fine for us.

Stirring all the while.

Add some lemon juice.  A tablespoon or so.  Stir.  We're on medium the whole time, never a bubble. 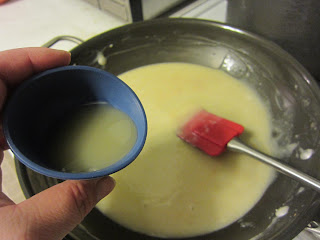 Add some mustard.  A half tablespoon?  Stir. 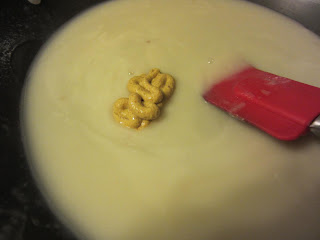 Taste it.  Does it need black pepper? Salt?  Think about what you're putting it on.  Season and stir. 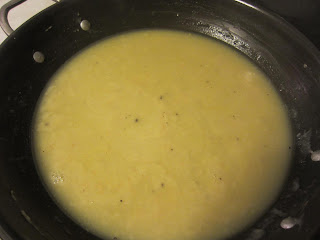 I added my single sliced shiitake - the only mushroom I owned.  It was fine, but you know, you'd do nicely with a big handful of sliced portabellos. 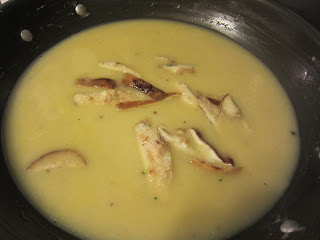 And a small head of steamed broccoli. 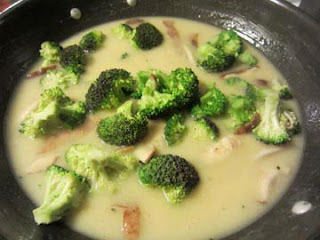 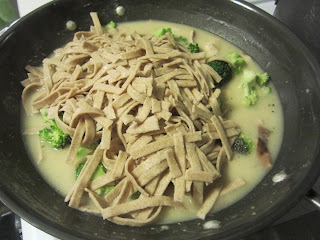 And that chicken I referenced earlier and never photographed again.  But you can put what you like in here.   Cook the wine sauce on medium-lowish for 20 minutes or so, until it doesn't taste like raw flour or smell like the morning after a frat party. 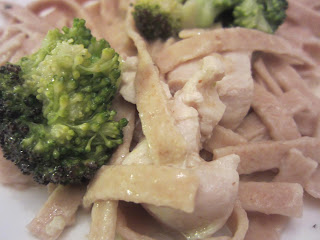 (I'm calling this vegetarian because really, it's all about the sauce, not what you add to it.)

Don't forget, the freebie/contest/giveaway ends on Monday, so get your entry in before then.  Click here for details.
Posted by Rose