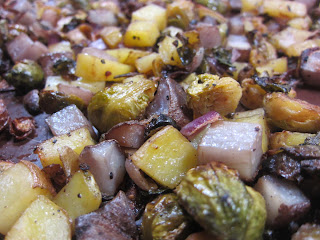 Here's a one-dish quick vegan thing.  By quick, I mean, there's roasting time, but you're not busy then, you're on the couch then.  It's winter foods but bright and pretty enough to remind you that spring is coming. You can use different veg, use different spices, whatever, just toss in some potatoes with your veg and roast away. 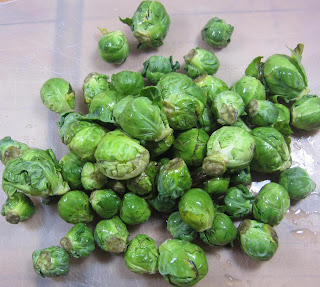 I cut the ends off my sprouts, and if they're particularly large, also cut them in half. 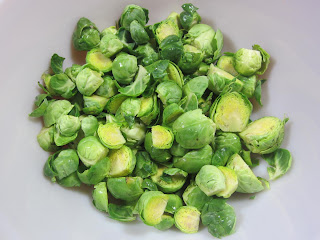 I had imagined myself using four potatoes - three "regular" and one blue for kicks, but that was too much, so ignore one of these potatoes, I just used three. 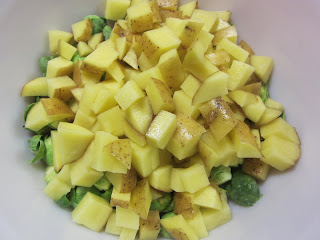 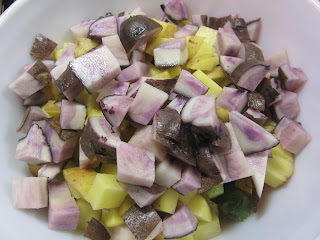 And about a third of a giant red onion, maybe a cup of chopped onion. 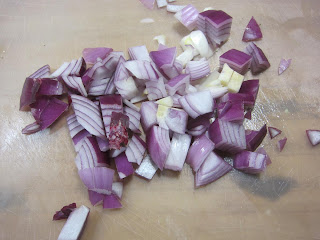 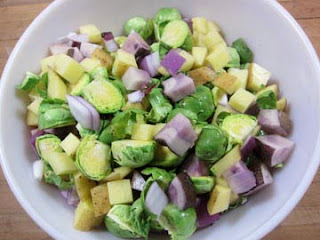 Tossed in oil - your favorite, whatever.  Meat people, this may be a good time for bacon fat, but anything is fine.    Sprinkle with salt and pepper, or get more adventurous.  I feel like with this combination, you have the creaminess of the potatoes, the sweetness of the roasted onions and the I don't know, sproutiness of the roasted sprouts, there's enough range there that a little S&P is all you need, but you could season away. 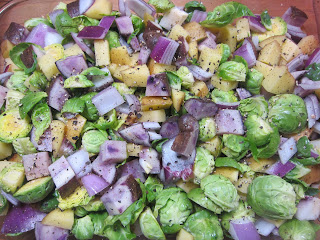 In a pre-heated oven at 425 for like 45 minutes, maybe longer, tossing whenever you walk by the oven. 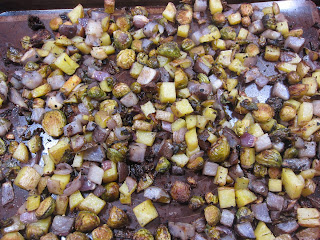 The onions are really lovely.  Don't skimp on the onions.  You could call this a side dish and a eat it with a protein of some sort, but it was filling enough as a meal on it's own.  Have a handful of peanuts later, if you're so inclined. 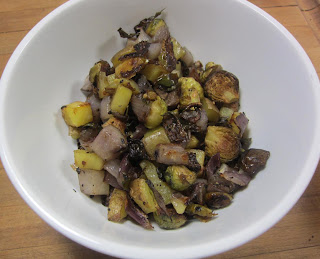