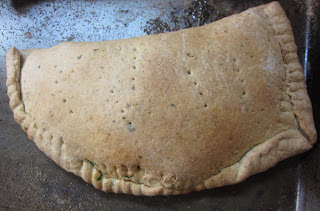 My husband, who enjoys pizzas and pastas of all kinds, and believes that cheese is a food group, does not like calzones.  Calzones.  Pizza dough filled with ricotta.  And other stuff.  He does not like this.  So, I think I've had a calzone three times in the last more-than-a-decade.  Because you don't order a calzone on your own, and it's sad to watch someone force his way through a piece of calzone... it's not like it's lima beans, or beets.


Seriously, cheese in dough gets an, "Ok, I guess."


He thinks they're unwieldy.  Too much cheese in one spot, too much crust in the others.   Seriously.


But we can make them at home, just as cheesy and delicious but more, um, wieldy, right?

While that was rising, I got to work on ricotta.  Yes, you can buy ricotta, but I just keep making it.  First, I tried to buck all of the internet's advice and make it with organic milk.  That worked fine, or at least well enough to cook with.  Then I bought regular, pasteurized, non-organic milk, because that's supposed to work better.  It worked fine.  I didn't notice a difference.  Then I tried David Lebovitz's version, which includes yogurt.  A nudge creamier, but I don't always have yogurt on hand.  But the first time I made it, a commenter was like, "raw milk" and I was like, "eew, scary."


And then did some serious thinking about the raw cheese we consume.   People have really strong opinions on the milk issue, and I don't spend enough time on it to even know which are the respected websites to direct you to on each side.  I am not one of these people with really strong opinions on this.  I have opinions.  Pasteurization is good. But if we're gonna eat animal products, it should be from places we like, where some of the living conditions that breed disease for animals are eased and the cows roam free...and then the raw milk will be less risky...


Like I said, this isn't my issue, and for lots of people it is, so get to Googling.   I bought some raw milk at the farm market, intending to make it for this, and knowing I was cooking most of it in my calzones.


I made the ricotta just like this, but with different milk. 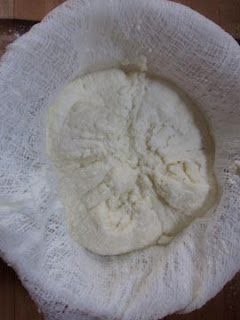 And it came out way better than any ricotta I had made before.  Super creamy, great flavor, etc. 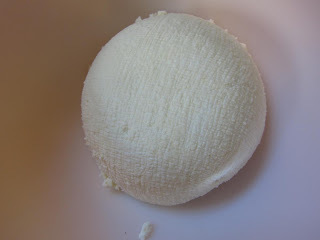 That's about two cups of cheese.


I re-used my cheesecloth to wring out about 8 oz of frozen spinach.  If you don't have that, just dry your spinach really well. 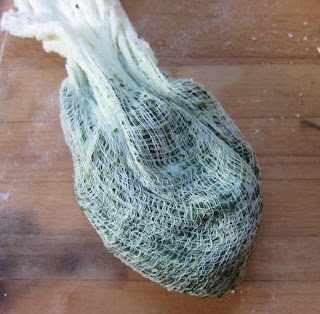 And some pepper (ricotta was already salty) and a little bit of shredded mozzarella. 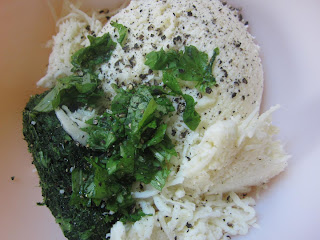 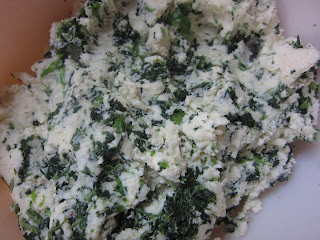 I divided the dough into seven pieces.  I really thought it'd do eight, but it was seven, and rolled each piece out pretty flat and circle-ish. 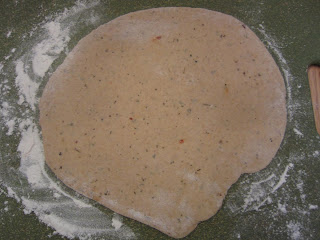 Filling on one side. 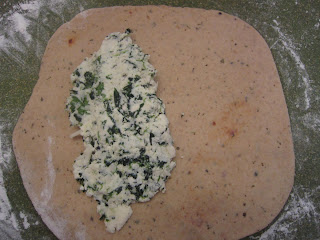 Optional pepperoni on top.  Most of them had seven rounds of pepperoni, this one actually was just us finishing off the bag, so picture it with a bit less. 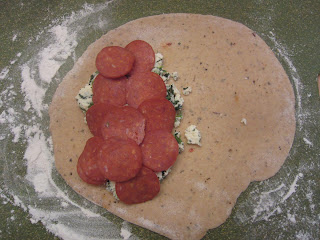 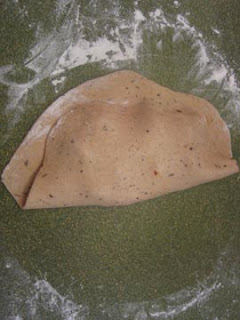 And fork the edges. 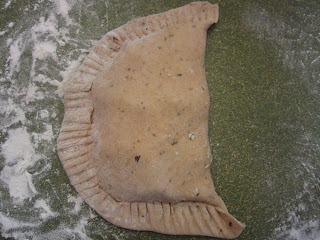 Poke with a fork a few times, and onto a cornmealed baking sheet. 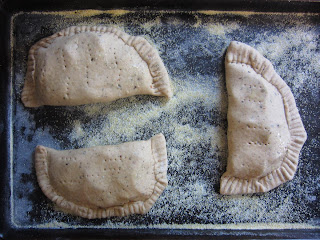 Spritz with olive oil.  Others might have you do an egg wash here, and fine, do that, it'll be prettier.

Bake for 25 mins or so until dough is browning but not super hard. You don't want to be biting into a cracker.  Rotate half-way. 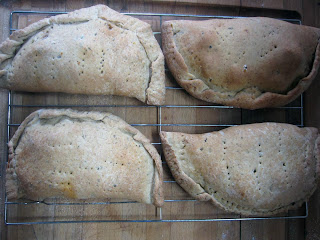 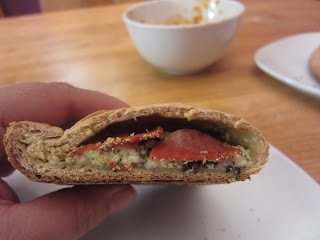 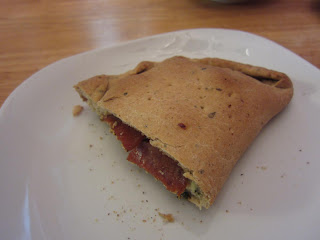 We both really liked these.  They weren't over-filled and weren't too bready.  And they froze perfectly.  We wrapped them individually in foil and they made easy lunches.  And really, you could fill them with anything.