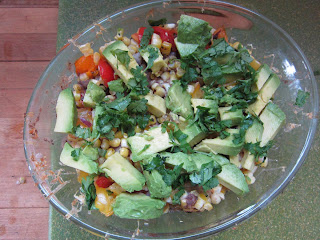 Everybody and their aunt/neighbor/colleague has some sort of a seven layer dip.  Really, how many different ways can you do salsa and canned refried beans?

"My secret is that I put the olives between the beans and the cheese."

"My secret is that I put the cheese between the olives and the beans."


And canned refried beans bug me.    I enjoy really good refried beans, the kind we get at the local taqueria, where you imagine someone's Abuela has been using the same recipe for decades, but in a can, that's a bit too cat-foody.


Maybe it's the lard.  The idea that my canned veg are supplemented with lard doesn't work for me.   So I make layer dip with black beans.  I prefer them anyway, to pintos.


This is sweeter, fresher, brighter, than what comes to mind when I think of seven layer dip.


We're in one of those situations with terrible photographs of delicious foods.   We made this during the hurricane and everything felt rushed.  Food did not pose.  See the above, that's the "best" shot of it.  Yeah. 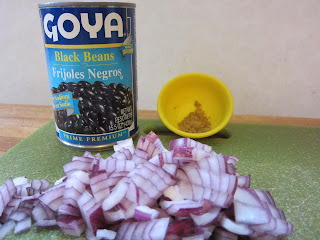 I started here, with canned black beans, rinsed and drained (no reason not to use dried beans), some red onion and some cumin.   A tablespoon of that red onion went into the chopper with a teaspoon of cumin and the entire can of beans. 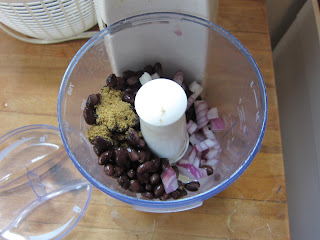 After a good whirring, we had black bean paste.  I used to spread this on sandwiches.  Heat it and call it black bean dip.  It's flexible. 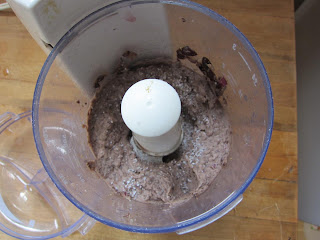 Try to resist the urge to salt this. You'll be cheesing.


Top with the rest of that onion. 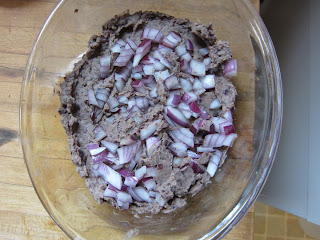 And cheese.  This was habanero smoked cheddar, but whatever you've got. 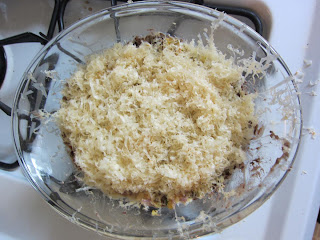 Now heat the whole thing until the bean dip is warm.  Not that long. Aim for melty cheese and warm bean dip.  350 for 15, maybe.


While that's happening, get your non-hot veg going.  (Not cold so much as not hot).


I had tomatoes, and you can't really see it, but there is a serrano in there as well. 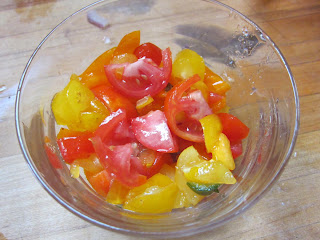 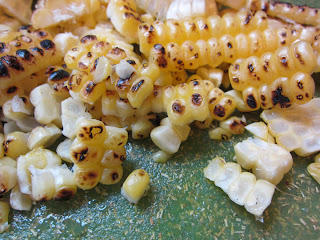 Mix them together for a half-assed roasted corn salsa.  (For a real one, maybe you want to pull it together with some lime, add onion, cumin and salt?)


When the beans are warm, throw this on top. 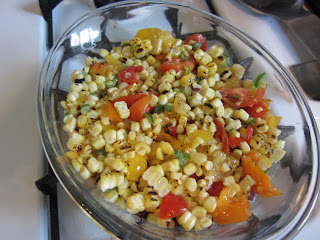 Cut up a half an avocado, and add that. 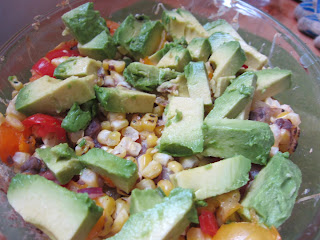 We still topped it with hot sauce, so adjust the number of serranos/jalepenos to taste.

Of course, you can add other stuff.  But this isn't the place for jarred jalepenos and canned black olives.  Even though the beans are canned, they've been brightened a bit in the blending, and the corn is so sweet and smoky, and the tomatoes are tangy and the creamy avocado on top, with the fresh cilantro... I just don't think canned olives belong here.

Ooh, but you know what I 'm going to add next time?  Greens.