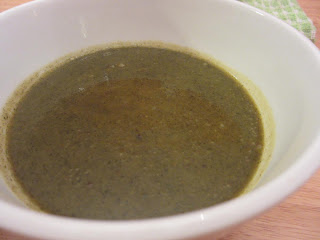 Sometimes, delicious food is not pretty.  See above.   If you'd like to look at beautiful pictures of orange squash soup, may I direct your attention here, or here, or here.  Google images works wonders.


But imagine if you could have the rich, creamy, sweet taste of squash soup, with a bit of earthiness and spice.  And if you could dial up the healthy on an already great-for-you dish?  Yeah.  Greens.


I admit it, greens do nothing for the look of this soup.  But we're not food stylists here, we're home cooks, and we're making food we enjoy and feel good about.


I made soup, because today, Michelle said to me, "What kind of soup would you make if you were vegetarian?"  And I thought, Damnit, Michelle, I make plenty of vegetarian soups even though I'm not actually one of your kind.   But instead I said, "I'd make tortilla soup without chicken, or I'd make minestrone, or black bean."  And then I told her about this grilled-cheese-oriented tomato soup I saw on Smitten Kitchen.  And we started talking about grilled cheese, and got distracted from the soup idea.


I got home, knowing I had to face the acorn squash.  It was time.  I had thought I was going to make ravioli out of it, shortcut ravioli with wonton wrappers, but the wonton wrappers' time had passed.  I threw the squash in the oven to roast, knowing I'd have to do that no matter what I was making, and then it hit me.  Soup.

Butternut squash soup is among my favorites.  Rich. Sweet. Creamy. Orange.  Surely, I could make that happen with these acorn squash I had on hand.  So I stared into the fridge to see what else was going into the soup.


The chard needed to be used, today.


This keeps happening.  I buy chard either at the grocery store, or the farm market, or through my CSA every week, and then a few days later, I look at it and it's sad.  I've photographed wilted chard for you before. Not much has changed in my chard habits since February.  So chard and squash it was.  And it worked.  More than worked.  It was awesome.


I started with squash. 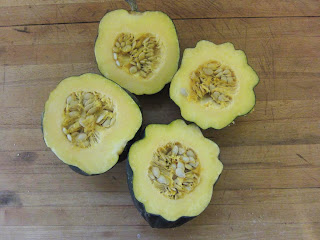 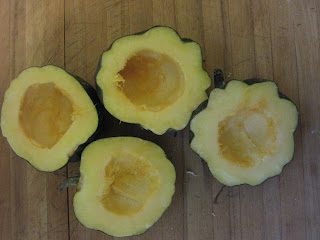 
I cut up my tired chard into ribbons. 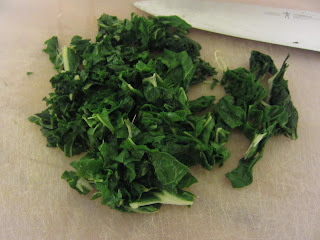 And cut a small onion into chunks. 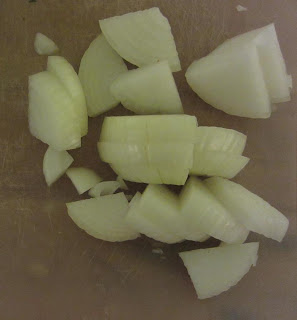 And gathered up some garlic. 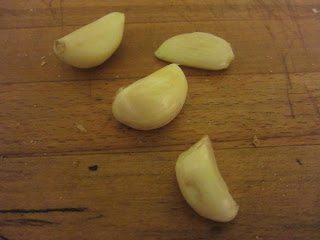 I gave the garlic a good whack with my knife to smash it open, and put some butter in a big pot on low. 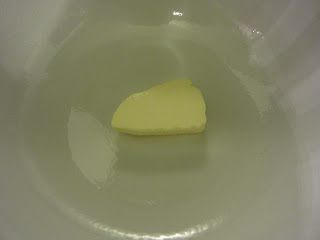 And then added in the garlic and onion, until the onion just started to go translucent. 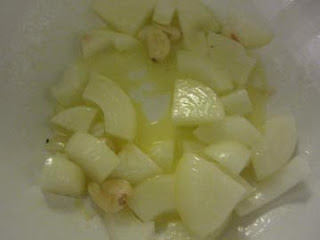 And tossed in the chard. 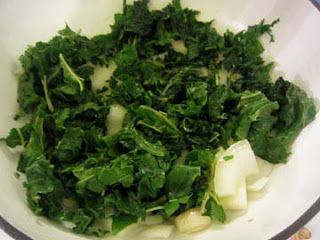 That cooked a bit, like maybe 20 minutes.  I left it on low so as not to burn the butter.


I pulled the squash out of the oven when it was just getting tender, and let it cool just enough to only barely burn my fingerprints off, and I started peeling it, with a butter knife, while on the phone with my parents.  Because I have many talents.  I didn't get a picture of the uncut squash, but it's flower shaped, so there's no rational way to peel it raw, but cooked, and sliced like this, you just need to get something between the tough green skin and the warm soft squash.  You could use a credit card, or the edge of hardcover book, but you're in the kitchen so a butter knife will do. 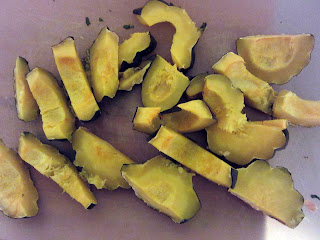 And I tossed my newly-peeled squash slices into the pot with the chard and onions and garlic. 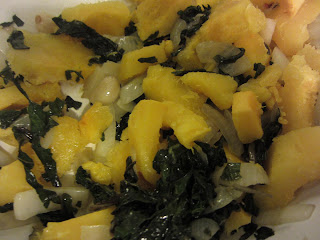 I saw at this point that it was just not going to be wet enough to call soup, so I busted out the vegetable stock*.  I added about a cup and a half (at this stage). 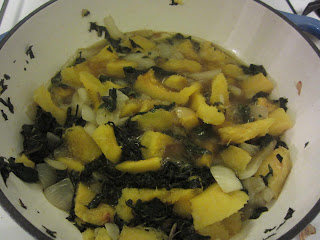 And I added cayenne.  And a bit of salt and pepper.  Like a quarter teaspoon kosher salt, and a teaspoon of black pepper and two teaspoons of cayenne.

And simmered it together until the squash was super-tender.


Then I blended it.  No photos, because, you know, gross.  I used my immersion blender, but a blender-blender would have been fine.  I blended it, and it was a paste.  So I put that paste back in the pot and slowly added in more veg stock, stirring until it was soup, rather than paste. You'll want to do this how you like it, but I think I added another half cup, totaling two cups of stock in the dish. 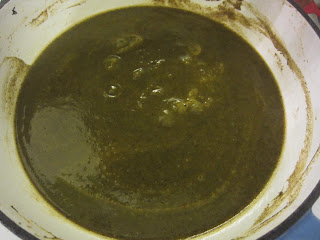 Simmer and stir until that last bit of veg stock is well-integrated, and you've got dinner.  I served this with some nothing-at-all white flour biscuits, because it was a new recipe,** and I didn't feel like screwing around, but these aren't coming back, at least not until they're heavily doctored up.  Seriously, Wonder Bread.


With biscuits, this made two big dinner-sized portions and left us with two smaller lunch-sized servings as well. 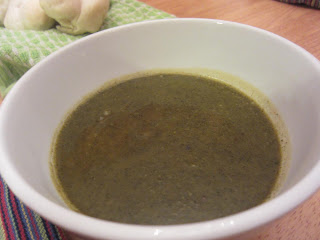 *Just now, I realized there's a flaw in every single recipe I post that uses vegetable stock.  My stock is just veg, water, and black pepper, I don't add salt.  So often, I'll add salt to dishes that include vegetable stock.  I might not do this if I was using store-bought stock.  Even low-sodium storebought stock has more salt in it than what I start with.  So if you're concerned about sodium, make your own stock.  Or at least, don't also add salt to your soup.

**All my breads have to start from recipes, and eventually get adapted, because I was unable to read Ratio like a big girl, so I have no idea how much what goes where - seriously, when the book came out, I was like, "YES!" and I opened it up and I fell asleep and tried again and got angry and I'm just so far from recipe-oriented that it just doesn't work for me.  I enjoy Ruhlman otherwise, though.

***No, seriously, you make three balls of dough and put them in a muffin tin.

Acorn Squash and Greens Soup
by Saturday's Mouse September-22-2011
Keep all the creamy, sweet goodness of squash soup, but add a bit of earthy goodness with greens. You could sub a different winter squash here, or different greens.
Ingredients
Instructions
Cut squash in half and seed. Place in 400 degree oven for about 40 minutes, until fairly tender. Roughly chop onion, chard and garlic (smash) and saute garlic and onion in the butter until onion is translucent. Add chard and cook on low until wilted. Cut squash into inch-thick slices, then peel with a butter knife. Add to chard, garlic and onion. Add one and half cups vegetable stock (mine is unsalted) and the cayenne, salt and pepper.Simmer until squash is completely tender. Blend until smooth, with blender or immersion blender. Add additional vegetable stock as needed to desired consistency. Stir and simmer a few minutes to integrate stock.
Details
Prep time: 5 mins Cook time: 1 hour 30 mins Total time: 1 hour 35 mins Yield: 4 meal-sized servings
Posted by Rose