At the end of January this year, a friend suggested I start a food blog.  As I've said before, she was likely kidding, or at least just sick of my Facebook status updates about what I made for dinner.   For several months (years, if we go back), Sous Chef Brian and I had been making a concerted effort to cook at home more and to make more legitimate food.  "Making food out of food."  Two summers before, we had made a point of eating a new vegetable each week, and last year we joined a CSA for the first time.  It was an adventure - fairly stressful, cooking mystery veg - but we learned a lot and added plenty of new good foods to the repertoire. And I fully learned to respect the power of the freezer, and start preserving what was coming in.

I'm learning by doing.  I post successes and fails, a few rants and some praise for the kitchen tools that make it all possible.  I'm honest about the outcomes, and let folks know when the ideal way might not be the way I did it.  I'm thrilled when I hear that someone made a recipe I had posted, or was inspired by some ingredient.  I'm honored when I get emails letting me know my blog helped somebody.  I think a lot of us are doing this, moving towards making more foods at home, and it's comforting to hear from those voices as well, as we learn together.   If you told me two years ago I'd be making all of my own bread, I wouldn't have believed you.


In 100 posts, I've posted 55 full recipes, 8 total fails, written with both anxiety and optimism about cooking CSA veg, posted pictures of my cat 3 times, made several kinds of bread, and insulted a well-respected food advocate.  It's been an exciting time for me.


Here are some of the highlights, in my opinion (the lows are all tagged "fail," you can see them on your own): 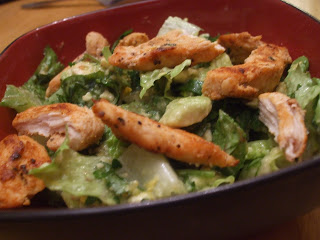 This was a no-big deal quick recipe, and really was just a good way to use leftovers.  I liked that about it. Also, I got to use tequila in my dinner, and that's always a win.  The dressing, which was very much like the dressing I made the day before, was a bit creamier, and I'd recommend the day two dressing (softer avocados) over the first iteration.

Butternut Squash, Chard and Sage Lasagna Rolls
This was just a slight variation on a pretty common idea, what with the sage and the squash and all.  I thought they were super-convenient to freeze as individual servings.  I think this is among my top three richest meals I've made in the past six months. 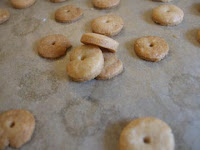 Whole Wheat Mac and Cheesy Crackers
I still can't believe  how well these turned out.  They were very much based on another recipe, but made fairly spicy.  These were fun to make, and the texture was awesome; I was only sad that they disappeared so quickly.  It's going to be time to make these again very soon. I want to thank you for hanging in there with me, for sending me all those Emails and comments with suggestions and support.


I told Sous Chef Brian I wanted to have a contest to celebrate 100 posts and he told me it wasn't really a contest, it was a drawing, a giveaway, a freebie.  Whatever, let's do it. I've written before about my love for the bowl covers from SewMuchStyle on Etsy.  They have gorgeous fabric on the outside and an easy-to-clean lining, and they fit snugly over all sorts of bowls. See these pictures on the left?  I have the middle set, but there are many to choose from. The amount of plastic wrap and foil I'm not using anymore is staggering.  I just throw one of these on top of a bowl of leftovers, or to leave something to marinate, or to bring a dish to someone else's house.  They're easy to clean, easy to use and freaking adorable.  One reader saw the picture of the bowl cover over the garlic scape pesto and asked if it was stinking up my fridge.  Because of the tight elastic and the waterproof lining, no, it's like using plastic wrap.  And I throw them in with the wash alongside my dishtowels, but they're easy to just do along with the dishes as well.


When I decided I wanted to give something away, I approached Terry at SewMuchStyle, who makes them, and she was eager to help.


1. Check out the bowl covers in SewMuchStyle's Etsy shop


2. Tell me in the comments here (this post) about your favorite patterns.   Enter your real Email address so I can reach you if you win (it doesn't post, just goes to me).


A week from today, Friday June 24th, I'll select a winner using Random.org.  You choose your set, and I'll work with SewMuchStyle to get it to you.  Easy as that.


Enter anytime between now and midnight (Eastern) on Thursday, June 23rd, but please only enter once.  I can tell. :)