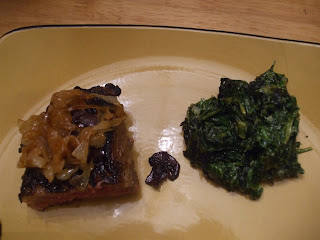 Steak.  And Creamed Spinach.  And Caramelized Onions.  And Mushrooms in wine sauce.  Yeah, it got a little crazy here on Sunday. 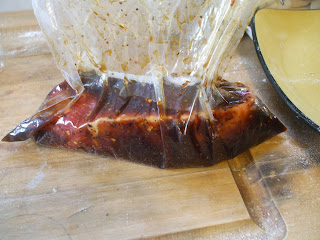 This is NY Strip, in a quarter cup of  soy sauce, a dash of worcestershire, a teaspoon brown sugar,  three tablespoons of apple cider vinegar and a ton of black pepper.  By a ton, I probably mean a little over a tablespoon.  The baggie works well to keep the marinade up against the meat, just suck out all the air.  I let it marinate for 5 hours, but 2 would be fine. 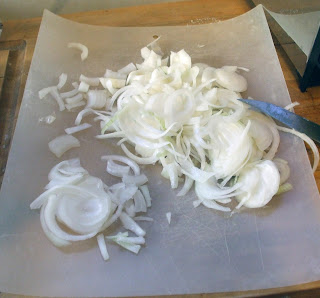 These are onions.  Actually, they're "an onion." 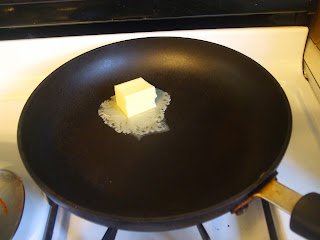 This is butter.  2 Tablespoons.  Everything I cooked had butter in it. 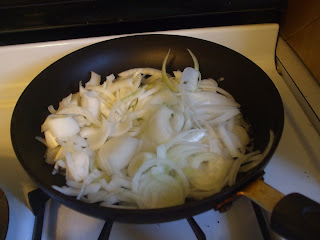 These are those same onions in a pan with the butter on medium. 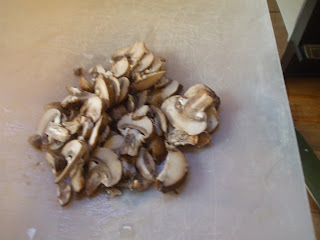 This used to be five mushrooms. 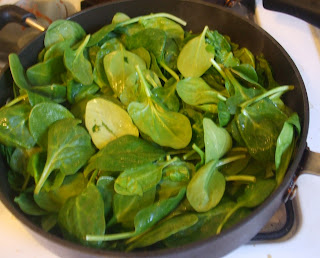 This is a bag of spinach (10oz?) but I cheated and also used 8 oz of defrosted frozen spinach. 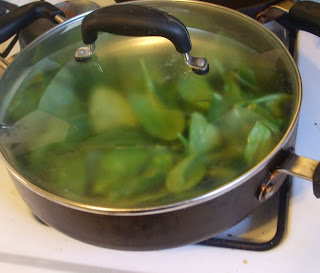 The spinach went into the pan somewhat wet, set on medium-low, and sat covered until it wilted. 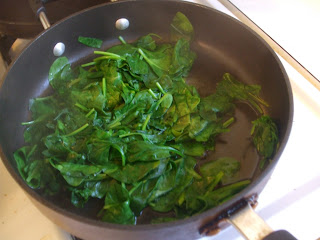 Then when it wilted, I mixed it with the defrosted spinach and gave it a whirl (or 8) in the salad spinner. Then I toweled it off.  I wanted dry spinach. 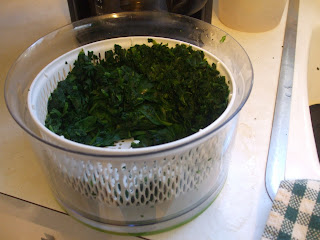 This is three cloves of garlic, plus a small handful of the onions I chopped earlier, all in the food processor.  I wanted them minced and I don't really do that by hand. 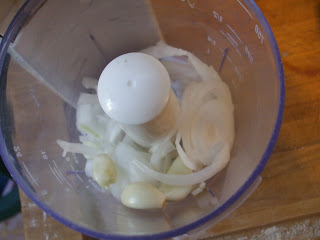 This is that garlic and onion sitting in another two tablespoons of butter, on medium.  For real.

Then I put my dry spinach in with it and stirred everybody around. 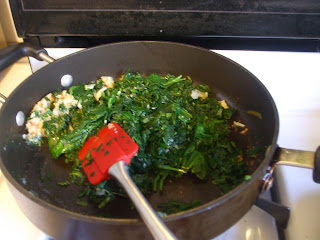 Then I added a cup of heavy cream. 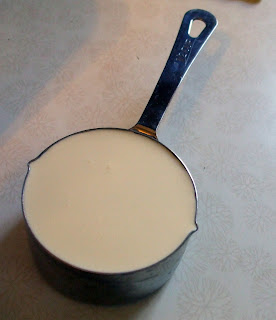 And stirred it around and seasoned it up with about a half teaspoon of nutmeg,  a teaspoon of red pepper flakes and a good bit of salt and pepper. 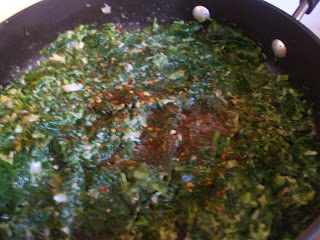 Oh, and then cheese.  Once it was all well integrated and the spinach had lost a bit (but not all) of it's earthiness, I added a tablespoon of shredded parmesan. 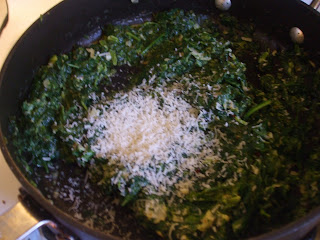 Back to the onions.  This is them, halfway to caramelized.  Stir occasionally, just to prevent burning. 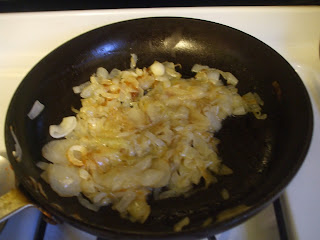 Checking in on the mushrooms, they went in with a tablespoon of butter (just one) and released some juice.
So then I poured in about a half cup of shiraz.  For fun.  And I left them on medium. 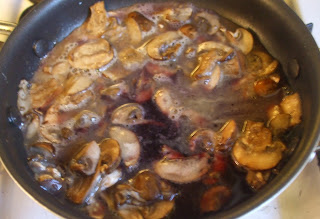 I put the creamed spinach in a oven-safe dish, mostly because I needed my stove for other things (like meat) and put it in the oven at 250 until dinner time.
The onions looked like this when they were done. 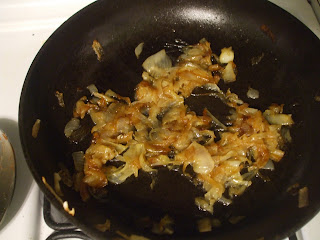 I heated up my griddle to "damn hot" and put the steak down on it.  This strip steak fed three of us well. 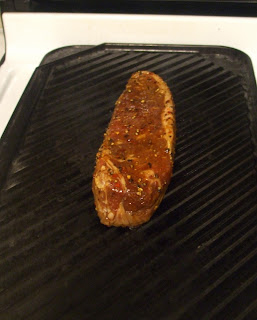 When the meat loosened from the griddle enough to flip, it was at just the right time - had good grill marks, wasn't quite at burned.  That might have been 4 minutes. 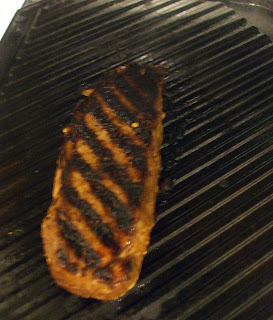 Four minutes on the other side gave us a rare steak  If you're going for a more well done steak, you might want to dial the heat down to medium so the outside doesn't char too much.
Simplified Recipe:


Melt the butter and toss the onions with the salt in the butter on medium-high.  Dial down to low and leave it be for a long time.  40 mins?  Stir occasionally.


Add the mushrooms to melted butter and let go on med-low for a bit, until they release a good bit of liquid.  Add in wine and lemon juice, stirring occasionally, keep on low 15 minutes - whenever you want to eat.  Toss with salt and pepper.


Marinate 2-8 hours, put on very hot griddle, 4 mins each side for rare, dial down to medium and let cook til done to your liking.