Ordering in! Sandwiches from Fuel 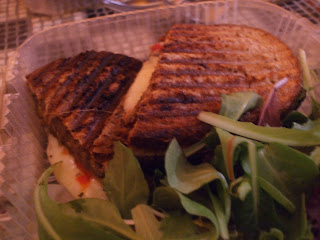 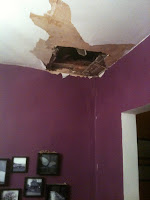 So, as I talked to my mother on the phone about insurance adjusters and something called "moisture mitigation," she asked the next logical question, "Where are you ordering dinner from?" Because I don't cook in crisis.

We live near great food.  We only half-joke when we say we moved to the city for the eats.  I'm used to chain restaurants and recently-defrosted bar hamburgers.   However, for economic and nutritional reasons, when every corner bar makes their own fancy aioli to go on whatever it is you ordered, I cook most of the time.  That, and I like it.

We have to stay in and wait for a contractor, at 8pm, so ordering in is the way to go.  We live in South Philly, land of the cheesesteak(tm), and there are sixteen pizzarias and steak shops in a four block radius.  So we're grateful for Fuel.  Not that we don't eat crap, we eat absolute crap, but we don't like to be forced into it.  When I eat junk food, I want to have really wanted it, and tonight, we just need dinner.

Fuel opened up about a year ago, and it's in very quick walking distance.   Their thing is that everything is under 500 calories, and my thing is that I want portabello in balsamic reduction on everything I eat.  So we work together well.

I ordered the roasted portabello and eggplant panini.  I don't know why it's ok to buy eggplant in winter from a restaurant, but not from Whole Foods... and yet somehow it is.  At least the restaurant is local, if not the produce.   Brian ordered the chicken gorgonzola wheat panini.  The bread doesn't count in your 500 calories.  You could choose lighter bread.  We didn't.  Our ceiling fell down, give us hearty bread. 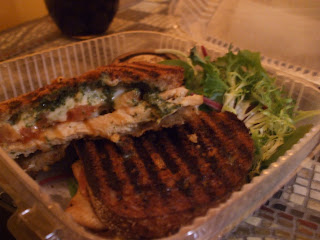 It's not cheap - these are $9 sandwiches plus tax and tip, but they come with a nice spring mix salad and it's so much better than me facing the kitchen right now.
Posted by Rose