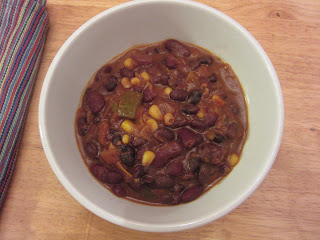 It's cool enough now for veggie chili, which is great, because my favorite veggie chili is the one that comes early in chili-season.  When you can still get fresh tomatoes and peppers and zucchini, you can make chili that's fresh and bright even while it's warm and cozy.


I foreshadowed this in my pico de gallo post, but I really don't believe in chili recipes (I barely believe in most recipes).  The heat of your peppers varies.  The actual number of working tomatoes you end up with varies.  Maybe you added more cayenne this time.  So this is about basic ideas, not a recipe.  Maybe this time you add some of this or that and next time you add more, or none.  Whatever, it's chili.  Beans, tomatoes, spices and then it's up to you.


When I'm making something that's gonna cook for a few hours, I quick-soak my beans.


This is a cup and a half of kidney beans. 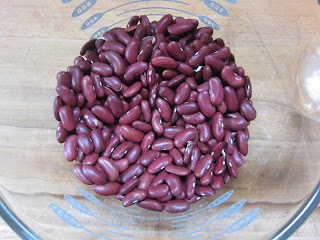 And a cup and a half of black beans. 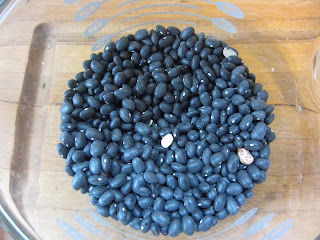 First, sort through them.  A rock the size of a bean will end your day.   Looks like I've got a stray pinto. 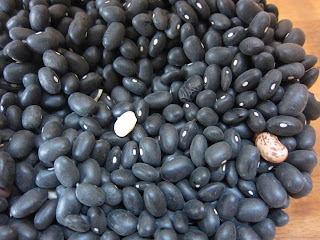 
Cover with lots of water in a pot. 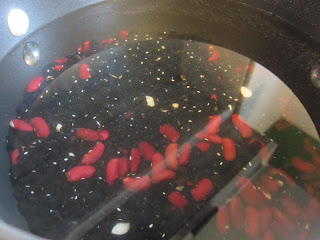 And bring to a boil for at least 10 minutes.


Kidney beans in particular need to do some boiling before you can eat them.  So this is a great time to get that taken care of.   Then, turn off and cover and let sit for 4 hours.  See, it's "quick"!


Now rinse.  Several times.  I set them in a colander in a larger bowl and swish them. 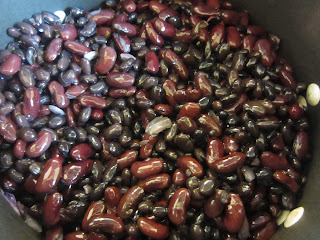 Now they're chili-ready.  I would give them a full overnight soak if I was cooking them for less than a few hours. 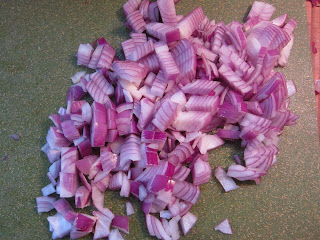 Saute them until they're translucent and then add garlic. 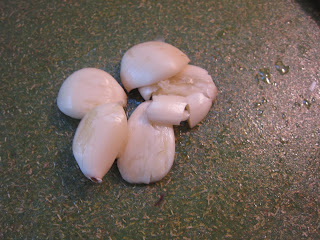 Add some skinned tomatoes.  I froze mine for quick skinning. 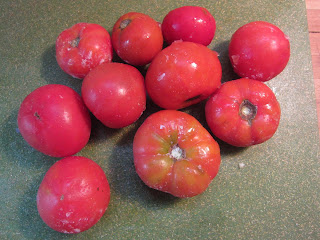 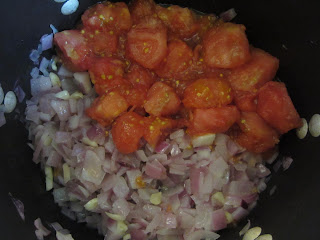 And I added three cups of veg stock, and all the beans.  Meanwhile, I sauteed up some peppers and zucchini. I could have done this in the same pot as the onions, but I wanted to give those beans a head start.


You could add carrots or celery or whatever pleases you at this point.  Greens too. 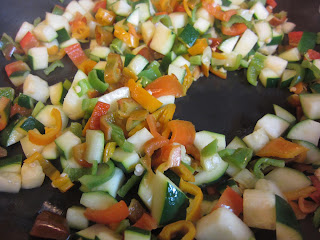 The veg go in with the beans and tomatoes and onions and all, and from here on out, we're going to call that "chili."


I realized quickly that there wasn't enough tomato going on here.  One can of diced fixed that up quickly. 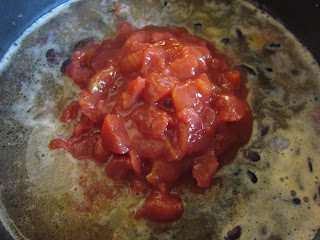 And spices.  Cumin and paprika. 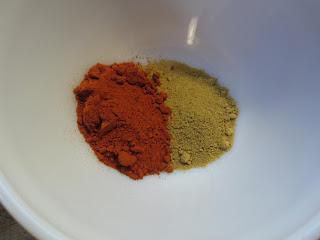 Plus black pepper and oregano. 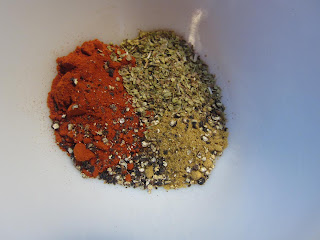 Plus cayenne and salt. 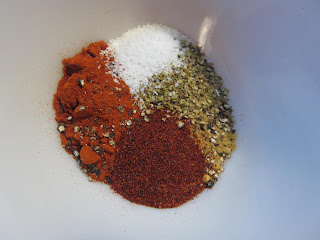 It needs to cook a while.  Mine went for four hours.  It's done when the beans are right and the flavors are melded.


Add corn. Mine was frozen, because it's October. 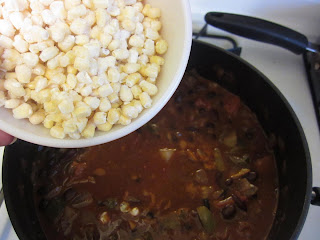 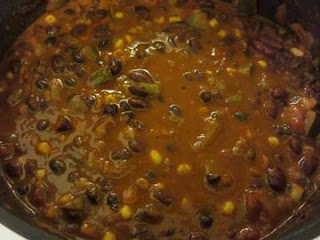 I tasted it and it was too spicy.  I think my cayenne plus those peppers might have been a bit much.   A dab of peanut butter helps.   You don't taste it. 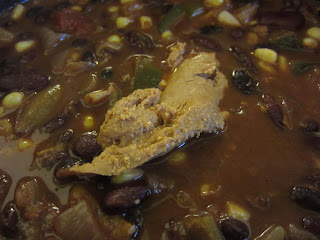 You know what else you don't taste?  The cocoa.  Add some unsweetened cocoa to make it a bit richer and more complex. 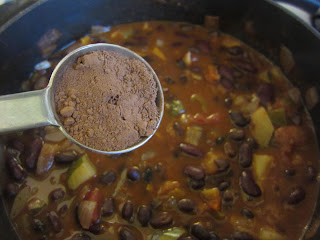 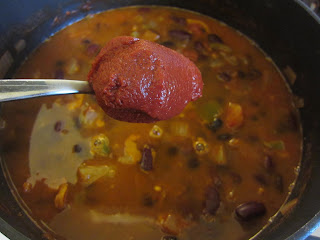 If it's too thin, bring it up to a serious simmer (short of a boil) and leave it uncovered.  I cook it uncovered most of the time anyway.  You can also add cornmeal, (or more finely ground masa harina) but I didn't need any this time. 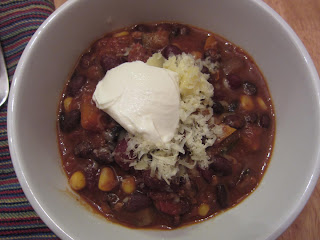