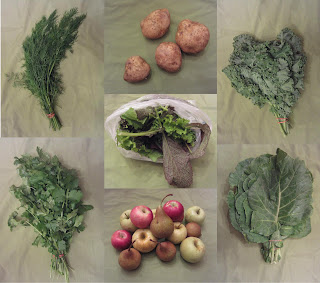 When I started posting my CSA shares this year, it was because last year my CSA haul was overwhelming.  Not only in quantity but in variety.  I thought I'd need your suggestions for how to use celeriac and salad turnips and unfamiliar squashes and purslane.


That's happened a few times, but mostly, I get greens, onions and potatoes.  See above.  No onions this week, but you get the picture.


The ordering window opens at noon, midweek, and without fail I'm in a meeting or on a call or something when the alert on my phone goes off.  By mid-afternoon when I select my produce, I get to see what I missed out on.   I think this one is set up for people without much going in during the day.


So I continue posting up pictures of my fairly standard veg, because that's what I said I'd do, and I'd still love your suggestions - just less because I don't know how to use something or which parts are edible, and more because I need fresh ideas for the same old.


Collards.  I make collards one way.  What else should I do with them? 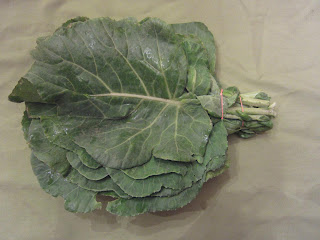 Dill.  I never buy dill.  Some of it will probably make its way into a salad dressing, but other ideas are welcome. 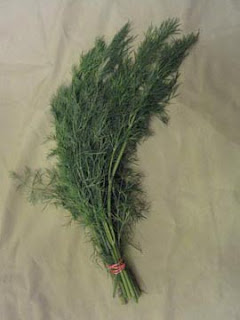 Cilantro.  Typically, cilantro says "Mexican" to me, but I'm ill equipped to make tacos or nachos or whatever this week.  I didn't go grocery shopping over the weekend and it's too late now, so we're eating what's on hand.  What else do I do with cilantro? 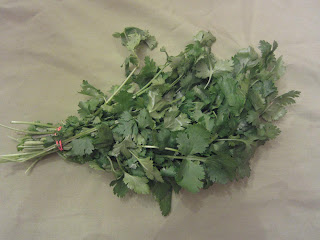 Apples and pears.  These are just going to go into my face.  Straight up. 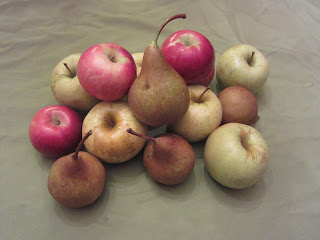 Kale.  All I do with kale is salad or chips.   Sauteed kale sounds boring, and it also sounds like a side dish, which means I'm stuck making a main dish too.  Other thoughts on kale? 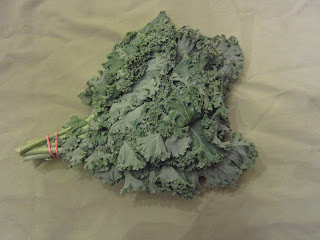 Salad.  This will also go into my face, like the apples and pears.  And the good news is that last week's salad is still crisp, so I'm all stocked up.   Perfect for a week without grocery shopping. 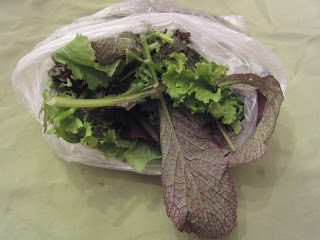 Four little potatoes.  I got all excited about making potatoes like this and then saw the size and shape of these.  I don't think that's going to work out.  I know potatoes are supposed to keep, so this shouldn't be urgent, but I don't know if they're uncured, or if it's an issue of them being shipped to me wet (ugh) but they don't last more than a week before they start to sprout, so it's always time to use up the potatoes.  If you look close you can see an eye on the bottom left guy already. 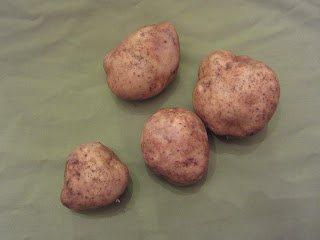 This was my last week of CSA ordering.  The next two shares are "farmer's choice," so I am somewhat excited about getting a mystery box, and I have my hopes up that there'll be more variety.  We'll see.  Then we venture into the unknown territory of Winter Harvest.