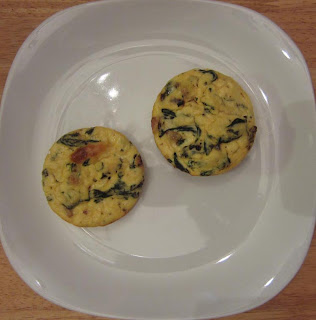 Ricotta quiche muffins?  Seriously, I had a hard time figuring out a name for this that made even that much sense.  It's muffin shaped, and has a lot of ricotta, and it's sort of the texture of quiche.   You're welcome to call it whatever you want.


A few days ago I made the eggplant rollatini for an event.  Only I misjudged in the doubling/tripling, and ended up with way more ricotta and swiss chard than I needed.  Nearly two cups more.   It's about a cup of ricotta, a quarter cup of mozzarella, a half cup of swiss chard and a bit of black pepper.

And so I was trying to figure out what to do with all of that, without resorting to lasagna, and my naiveté worked in my favor.

I thought I had heard of a ricotta muffin.  So I was like, "Oh, yeah, I'll just toss this in a muffin pan and it'll be muffins."


Yeah, I have heard of ricotta muffins.  But that's a totally different thing.  This was more like a mini quiche.  But, you know, way easier. 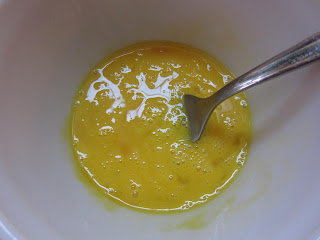 And cooked two and a half strips of bacon.   I cut the bacon up small.


And mixed it all up with the leftover ricotta mix. 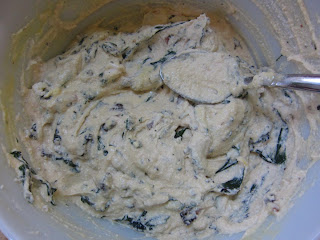 I greased my muffin pan, even though it's silicone, because I expected these to have very little structure, and I worried they'd stick, a lot, and filled each cup with the mixture. 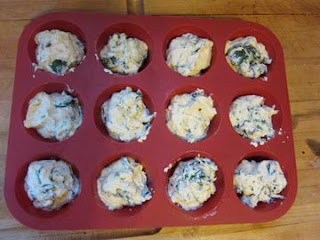 Into a 350 degree oven.  For 30 minutes, until a toothpick comes out clean and they're golden on top. 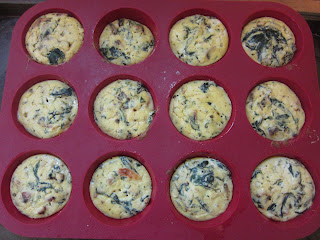 They popped out of the silicone pan beautifully.  I usually use a drinking glass underneath the silicone to sort of turn the muffin cups inside out from below. 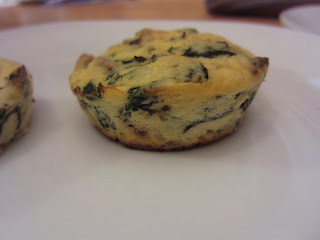 They were creamy and quiche-like inside, but solid enough to hold in your hand.  Sous Chef Brian added hot sauce, I added black pepper. 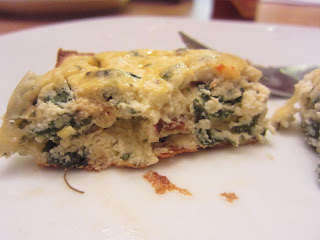 They weren't very big - three of these made a decent breakfast.  The extras are frozen to be reheated for a quick breakfast to go.

You could even make these intentionally, maybe swapping the mozzarella for cheddar and adding other veg.  Onions?  Peppers?  Skip the bacon?
Posted by Rose