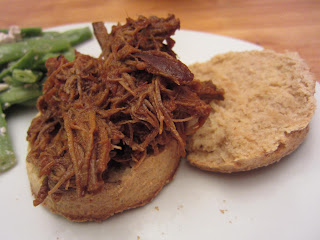 Mmm, "barbecue." I realize that posting something with the word barbecue in it that is not cooked outside is particularly sacrilegious in the summer.  And yet here we are.  Braising, not grilling.

I've posted shredded chicken before.  Shredded beef is a pretty different process.  With chicken, it doesn't matter what you do to cook it, really, season, get it cooked, shred.  Beef is different.  Want tender beef?  Cook it so it's tender.


I busted out a dutch oven for this.  Stovetop only, which keeps things slightly cooler in the house.  I had some pre-made sauce on hand, which helped, but you can start this with a bottle of sauce, some existing homemade sauce, or make your own sauce for it.  Or take the sauce that I make in this process and make more of it.  Whatever.   In the end, it's barbecue-style chipotle-seasoned shredded beef. Smoky, spicy, sweet.

I started with onion and garlic. 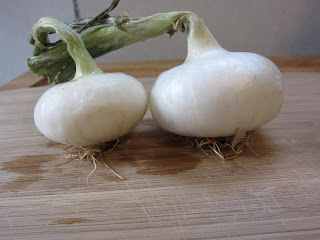 Two of these, diced into this. 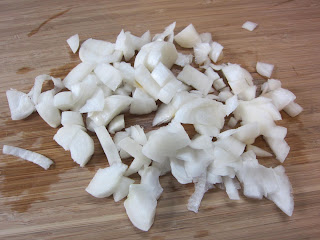 And then several of cloves of garlic (5?) rough chopped. 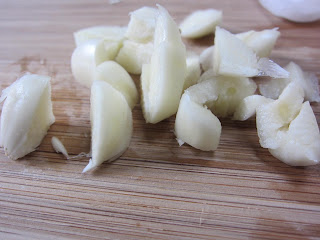 Into a dutch oven on the stove (any big pot is fine) and a bit of olive oil on medium.  And I didn't wait for them to do anything, really, I just added more stuff. 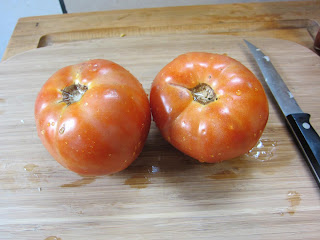 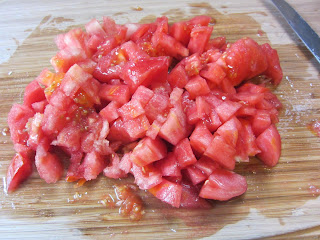 And about 2 cups of pre-exisitng barbecue sauce.   And a tablespoon of brown sugar.  And a quarter cup of vinegar.  You could keep going with this stuff and just make it a sauce and skip what I found in my freezer or what you get out of a bottle.   Make sauce. 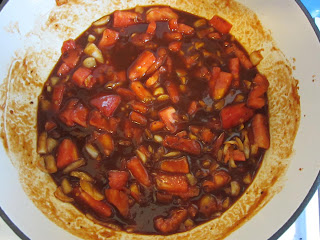 Add beef.  I had a one-pound chuck roast.  This was way too much sauce for one pound of beef; I think this amount of sauce would have been good for up to four pounds, but the deal is you get really good beefy sauce from it, so I saved my extra in the freezer.  But I'm getting ahead of myself. 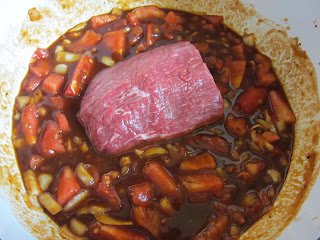 I got everybody together at just a simmer and let them hang out.  Also, you need chipotle pepper.  I don't have a good picture of the can, because mine were freezer leftovers, but I used about a third of a can of  something like these.  No, I don't buy my peppers on Amazon, but it was an easy link.


Cover it, and walk away and do something else.  Away from the kitchen, it's hot in there.


And flip the beef over from time to time, and turn the knob a bit, because it'll be off, or boiling, and you want it at just barely a bubble now and again.


And after two hours or so, nudge it pretty hard with your spatula and see if it's getting tender enough to shred.  Two hours?  Three?  When it's ready.  Mine was about two and a quarter, but with more beef I imagine it'll be more time. 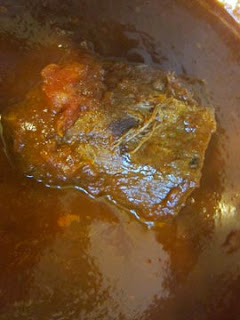 Remove the beef and set it aside. 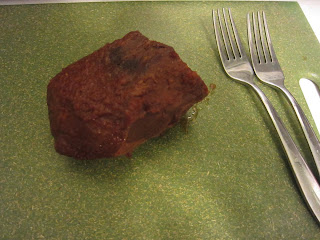 Blend the sauce.  You can see above, I actually blended my sauce and *then* thought to take this picture.  So my beef is all fake and posed.  This is hot sauce, so do be careful.  I used the immersion blender and have little speckles of burn on my forearm.  Worth it.


Once your sauce is blended, dial the heat up to boil and leave it uncovered.  Shred your beef.  Two forks, opposite directions. 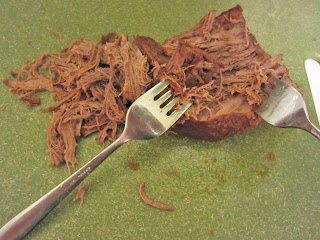 Is someone else there?  Good!  Take turns.  This gets tedious on the wrists.  Then you'll have a big ass pile of shredded beef. 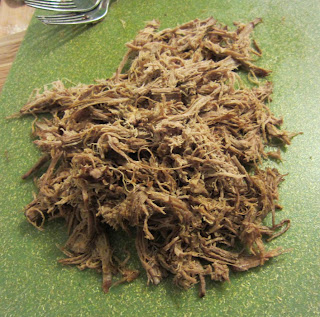 Meanwhile, your sauce has been boiling along and reducing, so it should be pretty thick.  Put the beef in a bowl, ladle sauce on top and aggressively stir until everything is coated.  Add a bit more sauce.  Save the rest for another day.


Put your beef on rolls, or biscuits or whatever.  Something bread.


We put it on the Whole Wheat Yogurt Honey Biscuits I had made.   Green beans and feta?  Recipe at a future date. 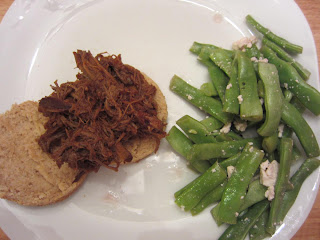 I preferred mine open faced, but Sous Chef Brian made a sandwich. 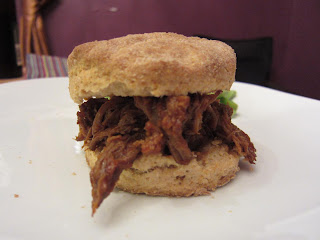 This made enough for five sandwiches with a lot of sauce left over, more than a cup.  Freeze your sauce, you'll want it later.

Let's talk about something totally unrelated!  I don't spend a lot of time on photography.  I bet you could tell.  And I sure as hell don't spend a lot of time on retouching.  But I do, occasionally, fix some awful lighting or (more often) a speck of something on the plate that looks unappetizing.  Like the crumbs in the above picture, if I was feeling it, I might have gotten rid of them.  But I don't do much of this, it's really just crop and go.  The one thing that I will Photoshop is a particularly dirty stove.  @Davidlebovitz tweeted once, "The difference between cooking and blogging is that blogging means you clean your stove BEFORE you start cooking."  Anywho, I think this sandwich photo looks Photoshopped.  It's not, but isn't there something creepy about this gap here?  It's like there's too much space between the meat and the bread, like it wouldn't happen in nature. 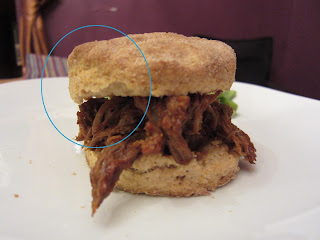 It's been about a month since I cooked meat, if you exclude the shrimp, and still I felt a little bad posting this because so many people who read this are vegetarians (I don't feel that bad, it was delicious). I have a couple of veg recipes coming up (it's summer, veg recipes are easy!), but I'd love to hear your thoughts.  What sorts of things should I cook?  We're getting into serious summer veg in the next couple of weeks, where the tomatoes are plentiful and the eggplants and peppers and all start coming in.  Any ideas?

Chipotle Shredded Beef
by Saturday's Mouse July-22-2011
Sweet, smoky and a bit spicy, this braised beef works for any season.
Ingredients
Instructions
Warm olive oil in a big pot on medium and add everything to it. Simmer low (just a bubble) for 2-3 hours, turning meat often.Remove meat when tender, and shred with two forks. Blend sauce together, boil to reduce. Mix beef with sauce (reserving extra) and serve on rolls or biscuits. You could skip the pre-existing sauce here and add more of the other sauce ingredients, blending earlier in the process.
Details
Prep time: 10 mins Cook time: 2 hour 30 mins Total time: 2 hour 40 mins Yield: 5 servings
Posted by Rose