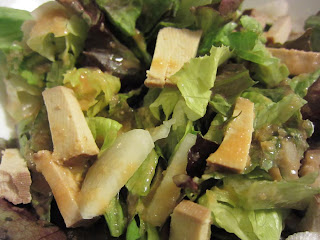 Look, there's not a lot about the salad-dressing-making-process that looks good in pictures.

"Ooh, look how emulsified it is!"

And I could go through every bowl in the house dividing up my ingredients to photograph them, but then I'd have dishes to do. And that's one thing I never photograph and share with ya'll: the piles of dishes that accumulate. You see, back in the day we had a fairly easy "you cook you don't clean" rule, so I cooked and Sous Chef Brian did the dishes. Now it's not so easy. Usually, when he's around, he's cooking with me. And there's no one else to do the dishes. My cat Sabrina is polydactyl, and we've tried to get her involved, but just having thumbs doesn't mean you're going to be on top of the housework. I know, because I have thumbs too.

So instead of pretty little bowls with impossibly measured-out ingredients, you get a bunch of stuff crammed in a jar. Seriously. Scroll down if you don't believe me.

All of this is to let you know, I know that the pictures I'm about to show you aren't appetizing. Here's the problem. You NEED to make this dressing. I could tell you in text, but that's what recipe cards are for. What am I, a recipe card? No. The reality is, I have no clue how much of whatever goes into a dish until it's done. Setting up "in advance" is a lie. Bear with me here, and make this dressing.

You know the bright orange ginger dressing you get in Japanese restaurants? This is that, but slightly better.
Start with onion and garlic. I used about a quarter of a white onion, and three cloves of garlic. Diced. I'm going to do this up with the stick blender, but you could use a regular blender. If you're not using any blender, then mince all of your ingredients. 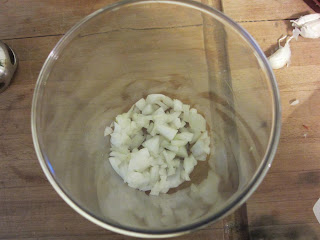 Add some lemon. I did two teaspoons. You barely can see the ginger in the bowl below, I should have taken a picture. Add ginger, it's ginger dressing. I used about a teaspoon and a half, minced.

And ketchup. No really. Ketchup. Why? I don't know, I read a bunch of copycat recipes and they included ketchup. They included a lot more ketchup than I used. It all works out in the end. I just squirted into the jar, but I think this is a scant teaspoon. I like Heinz organic ketchup. I've made my own, and that's great, but I don't eat ketchup in large enough quantities to justify it. I'd have a lot of spoiled ketchup on hand. 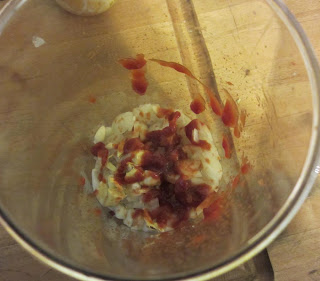 Ok, that was an ugly picture. Let's take a salad break. See, this is what we're going for. 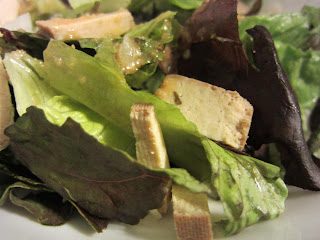 Back to it. Add soy. Tamari. Whichever you have. A few tablespoons. 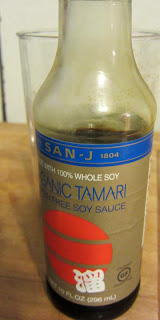 Also, peanut butter. A teaspoon or so. 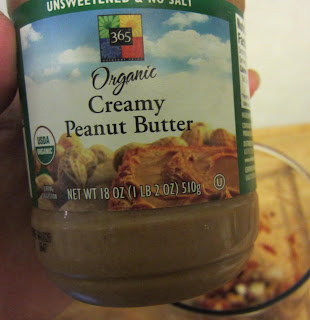 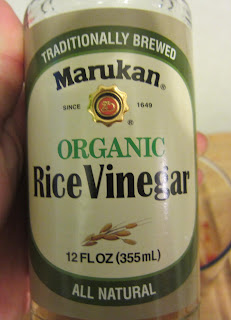 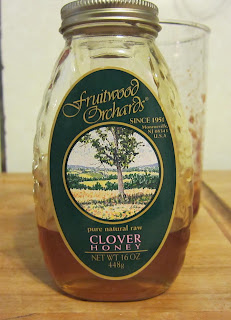 And 1/3 cup oil (I used safflower) and a dash of black pepper. 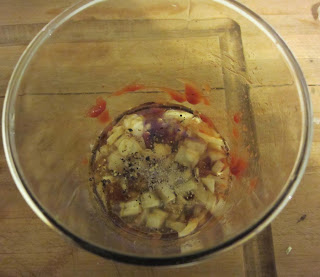 Whoa, there it all is. Now blend it. Stick blender, real blender, whatever. Add a few teaspoons of water to make it the consistency you want. Blend some more.

Mine's not fluorescent orange. I'm ok with that. Maybe that's what all the ketchup is for. 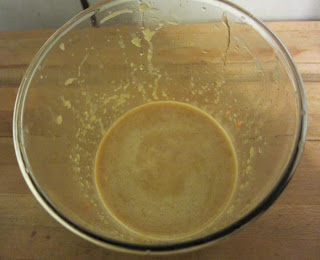 It makes quite a bit. 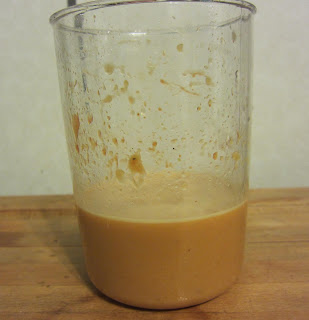 As though I didn't give you enough warning about the appearance earlier, I'd like to give you some additional warning. We tasted this, dipped a finger in, and were not in love. Sous Chef Brian thought it tasted like peanut sauce. It wasn't until we dipped lettuce in that we understood. So do taste and modify, but taste it in its natural habitat, on lettuce. Or celery. A vegetable. 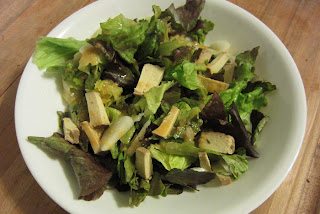 Yeah, when I make a salad, I maybe don't bother to put a lot of things in it. Lettuce and onion. Tofu. Easy.

*edit: 3.20.12 This dressing has been repurposed as a tofu marinade (so that's what you do with the leftovers!) 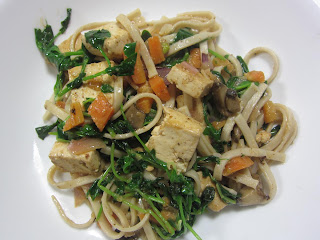 *I've said this a lot, and I'll keep defending myself. I tagged this vegan, it has honey, make a substitution.

Ginger Peanut Salad Dressing
by Saturday's Mouse July-1-2011
Like the dressing in Japanese restaurants, but with the richness of peanut flavor.
Ingredients
Instructions
If using a blender (stick blender or regular) just mix it all together. If not, mince everything finely, add everything but the oil to a bowl and slowly stream in oil, whisking furiously. Sub honey for another sweetener to keep it vegan.
Details
Prep time: 10 mins Cook time: Total time: 10 mins Yield: about 1 1/4 cups
Posted by Rose