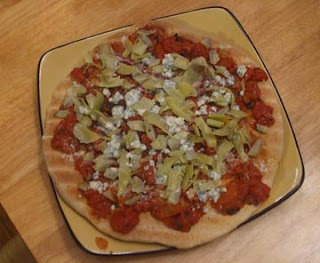 When I first posted pizza on the blog, I mentioned that it was best grilled, but that had to wait for summer.  Well, April is summer as far as I'm concerned.  It's time.


A note on the seasons.  Apparently, I had no idea it was April.  The other day, I said it was too early for asparagus, which of course, it is not.  I'm catching up now.   It's asparagus time.  Right now.   Here's a map of what's in season, and of course, it tells me the only thing going on right now is asparagus.  Of course, there's still lettuces and leafy greens and artichoke and such.


I grew up with steamed artichokes.  It was a thing.  And I never made one - seemed like a lot of work - but then in that one cooking class we took that time, we made braised artichokes, and we tore off all the leaves and threw them out to get to the middle, and I thought that was sad and wasteful.   So my plan was to tear off the outer leaves, get to the good stuff, save and steam the outer leaves and put the heart on pizza.


There is a reason most recipes for artichokes include opening a can or a jar.  Even Alton Brown.


I took a whole artichoke and got to work. 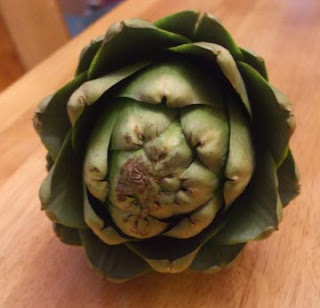 I cut off the tips, and it was pretty. 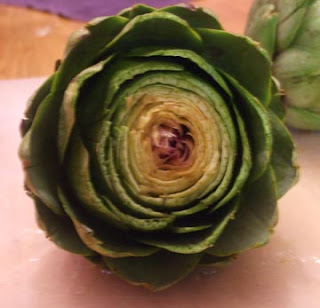 I tore off the outer leaves and tossed them. 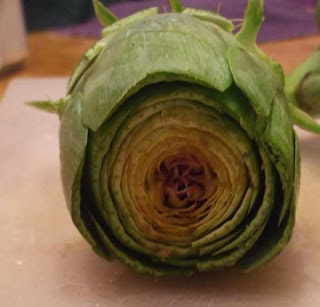 And I tore off the next few layers to save to steam.  And I was left with this, and you can't eat the purple spiky crap in the center, so I cut it in half to get that out. 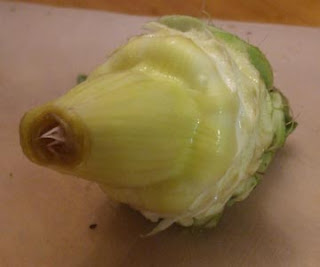 And then I was facing a Georgia O'Keefe painting.  With like 9 available soft leaves to work with.  So my million dollar vegetable (seriously, it was $3.50) yielded little actual pizza topping, but we ate the steamed leaves while we cooked.   And by "steamed," of course, I mean microwaved. 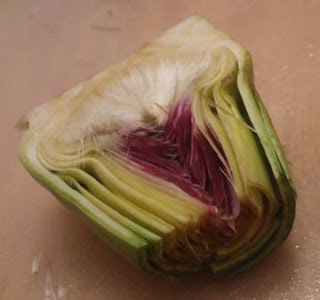 We made pizza dough.  I should have started there, huh?  Yeah but it's the same dough as before, so refer to those step-by-step recipes.  We also made a very similar red sauce to the one in that same post.  This time we used diced, rather than crushed tomatoes, so it was chunkier.


Also, we fired up the grill.   When it was time - and this is a fast-paced sort of a meal, when it's go time, you go, we spritzed the pizza dough with olive oil 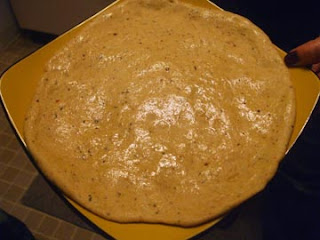 And threw it on the grill. 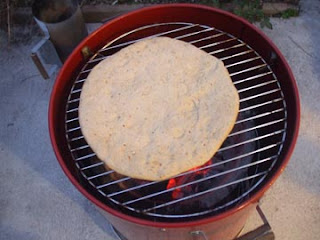 Sorry about the photos, it was dark out.


And when the pizza dough got bubbly and was solid on the bottom, we spritzed the other side with olive oil and flipped it. 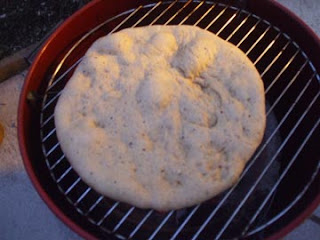 No good flipped dough photos, but that's because this is all about quick action.  Top it immediately.  There were three of us, so we managed pretty well.


Red sauce and a bit of parmesan. 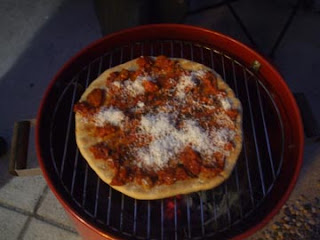 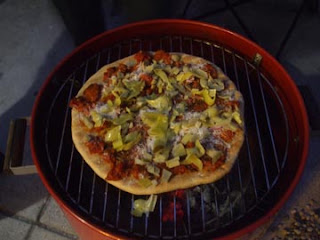 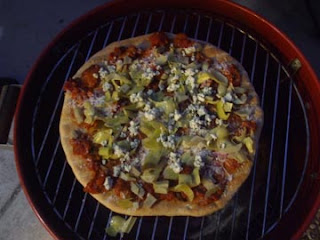 Cover it and let it go a couple of minutes, alert to how hot your grill is.  You don't want to end up with a cracker.

We did another one, with asparagus and prosciutto and pesto and some kind of awesome smoky cheese.  None of us could remember what it was called.   I'm sure your favorite smoky cheese would work. 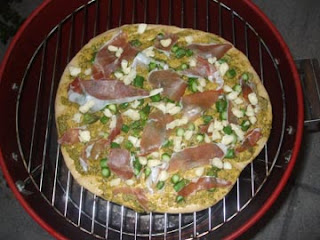 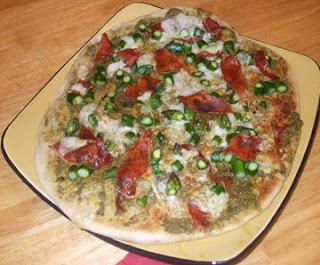 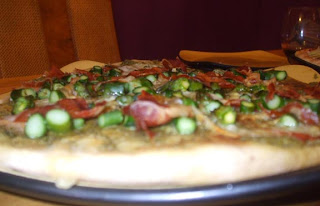 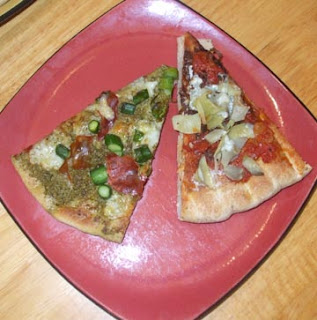 The first pie, the one that got the higher heat, got fluffier than the second, so keep that in mind.  You want high heat.


Also, our mystery Sunday night dinner guest thinks we should talk more about what we drink with dinner.  I'm not a pro at pairings, I think red wine and grilled cheese are super compatible.  They drank beers. 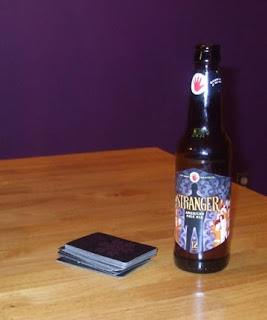 And we played cards. 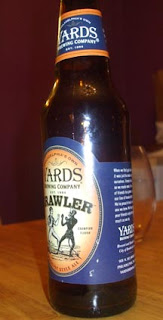 Do you have tricks for remembering what's in season?  What's your favorite thing to put on pizza?  Let me know in the comments.
Posted by Rose