Salmon with Tequila and Cilantro and a Honey-Jalepeno Glaze 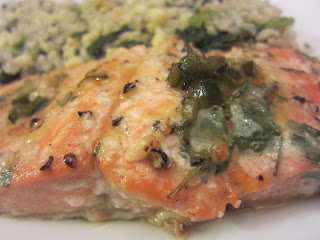 I think I've made it pretty clear that we're not big fish-eaters here at Saturday's Mouse HQ.   Neither of us grew up with it, and the few fish things each of us does enjoy, the other generally does not.  I could eat crab and shrimp every day.  I like lox.   Sous Chef Brian likes tuna salad, but hates what I like.  I hate tuna salad.  I could keep writing like this. Enough short sentences with overly dramatic statements about fish.


Both of us are pretty happy with a spicy tuna roll, but the good sushi place in my neighborhood is a bit pricey, so that's a special occasion thing.


Anyhow, I try to push fish.  Because it's good for us.  So we'll be staring at the fish counter and staring at each other and everyone's afraid to make a move because it all means were coming home with something scaly.   Several years ago we did a new vegetable a week, and it really changed how we eat.  The following year we tried a fish a week for a while, which resulted in a lot of evenings eating rice or quinoa.


I told you here that I wouldn't post a fish recipe until I made some fish and said it was incredible.  Here we are.

In the interest of full disclosure, Sous Chef Brian did not enjoy the fish.   He did, however, like the marinade and the glaze.  We're considering it for chicken, in the future.  So I don't consider his disinterest in this dish a referendum on this dish, rather another vote against salmon.


So I got myself some salmon.  I won't post a picture of straight up, plain, naked fish, but you know what salmon looks like.  It looked like that.


I made a marinade.  The interwebs hinted that you don't want to marinate fish too long or it's texture would get messed up.  So thirty minutes. 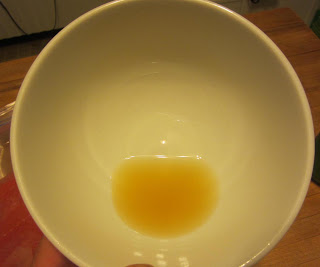 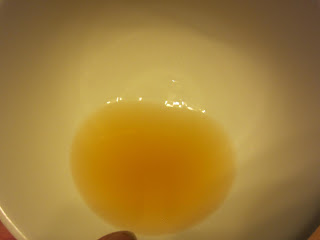 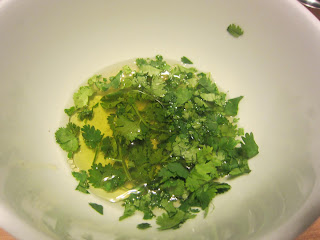 And black pepper and a dash of salt. 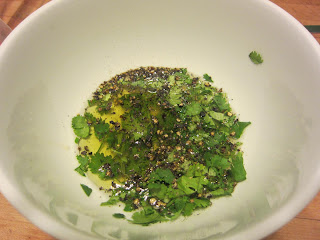 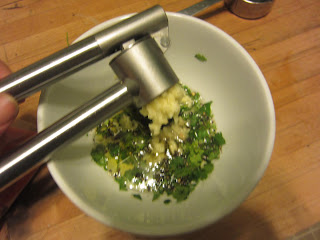 And olive oil.  Whisked together. 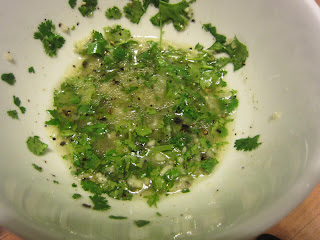 On the fish and in the fridge. 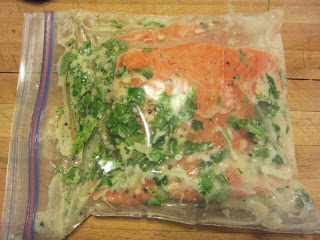 Then I started on a glaze. 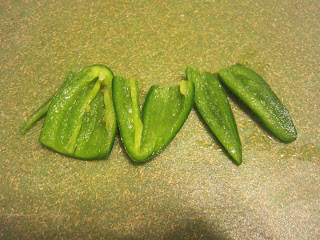 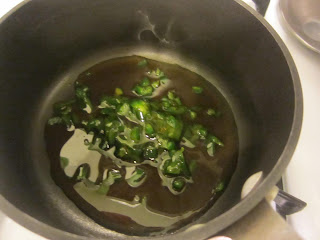 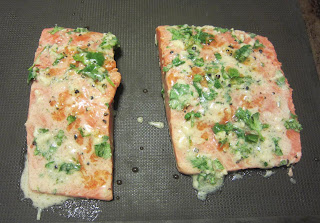 25 minutes or so, until it "flakes easily" - per the interwebs.

And when it came out, I drizzled it with the glaze.

That was it.  I guess we like our salmon more well done, because we both preferred the smaller piece... so if you have a thick piece, cook it longer.

Also, this is enough glaze for four pieces of fish, so if you're making more, just double the marinade and you're set.

The fish was bright with the lime and tequila, and you can't beat fresh cilantro (unless you're one of those people).  The honey glaze had good jalepeno flavor throughout, but wasn't remarkably spicy.

I won't do this again since it'll just be me eating it, but it was definitely good enough to tell other folks about, and I'll do it to chicken at some point.

Also, we're doing another thing. Remember when we did that thing in June?  We're doing it again.  Giving you a thing.  Because you're here, and you're reading, and you're not getting a doggy bag of whatever you're reading to go home with, so take this thing instead.  I'll post the details at or right after the 200th post.  This is #198.

Let's have a recipe, shall we?  It's been a while.

Salmon with Tequila and Cilantro and a Honey-Jalepeno Glaze
by Saturday's Mouse November-22-2011
Bright and fresh with a spicy-sweet glaze.
Ingredients
Instructions
Mix together the marinade ingredients: lime juice, tequila, black pepper, olive oil and garlic, with a pinch of salt if you so choose. Put that in a zipper bag with the salmon. Squish the marinade around to coat, and place bag of fish in the fridge. After 30 minutes in the fridge, place the salmon in a pre-heated 350 degree oven, on a silicone mat or parchment on a baking sheet. Cook 25 minutes or so, turning half way, until the salmon flakes easily.Meanwhile, put the honey in a small pot and keep on warm, below a simmer, with the minced jalepeno until the salmon is done.When the fish is ready, drizzle with honey-jalepeno glaze.
Details
Prep time: 5 mins Cook time: 25 mins Total time: 1 hour Yield: 2 servings
Posted by Rose