Cashew and Broccoli Mac and Cheese 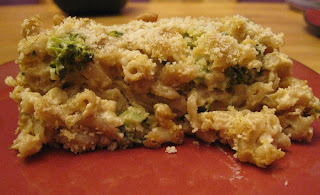 I've been thinking about mac and cheese since it came up in a conversation about meatloaf, which I'm not really into.  Also, my favorite person who I'm not married to recently pointed out this recipe for mac and cheese, which includes pureed veg.

I've also been thinking about ways to use cashew cream ever since we had such spectacular success with cashew cream-based vodka sauce.  But I'm not one to use fake cheese, and there are tons of recipes out there for vegan mac and cheeze, which seems sacrilegious, so what's the point of using cashew cream if I'm still going to use real cheese?
A couple of things, really.  If I'm saving on using real cream (and skim milk is just too runny) AND I can avoid making a roux to start the sauce, then I'm saving both cream and butter from the dish, and if you're as interested in cheese as we are, it makes sense to cut cholesterol where you can, especially where you don't feel it.   We should all probably eat less dairy anyhow.  I went through a bit of a nutritional analysis of cashew cream versus cow cream here, so I won't repeat the details, but 1. we like cashew cream and 2.  it's better for us.  Did I mention we're using a lot of cheese here?

So I started with raw cashews, rinsed and soaked overnight in the fridge.  The next day, I threw them in the blender with about an equal amount of water (actually, slightly less water, figuring I could always thin it out if I needed to).  So 1.5 cups soaked cashews, 1.25 cups warm water into the blender with a scant pinch of sugar, and put it on the highest setting. 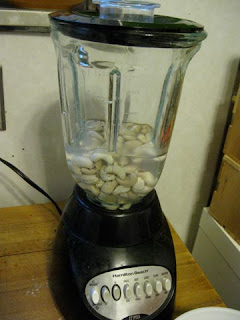 I had it on "smoothie" for about 30 seconds, check it, 30 seconds again - about a minute and half, but this will vary based on your blender.  Early on, it looked creamy, but dipping a finger in I could see it was still gritty, so keep it going until it's smooth. 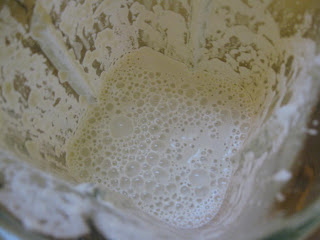 When it's good thick smooth cream, put it in a saucepan and get it warm.  Also get some pasta going.  I went for good old-fashioned whole wheat elbows.  I also cut up a head of broccoli (saved the stalks for salad, used the florets for this). Preheat the oven to 350.  Meanwhile, shred some cheese.  I used gruyere and cheddar, equal parts. 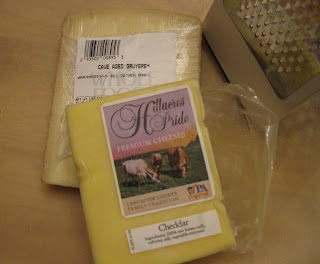 And sat down at the table to get to shredding.  About a cup each.
Slowly mix the cheese into the cashew cream, a big pinch at a time, and let it melt in before you add more. 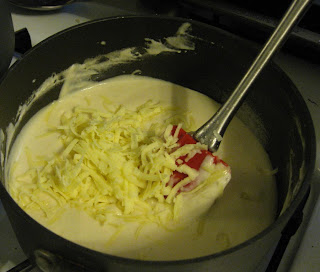 When it's all mixed in, taste it.  Is it delicious cheese sauce?  Good. 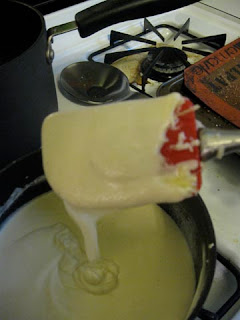 Get some spices going.  I mentioned the spices I like to use in mac and cheese in my cheese crackers post.  I'm a believer in using a good bit of onion, garlic, paprika and cayenne.   I didn't measure these, I'll put my best guess in the recipe below, but do it to taste. 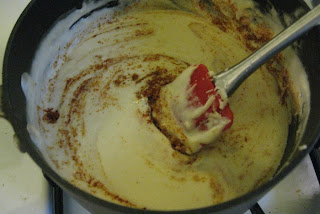 Once your spices are stirred in, turn your attention back to the pasta.  You want it to be al dente, because you're going to bake it too and you don't want mush. 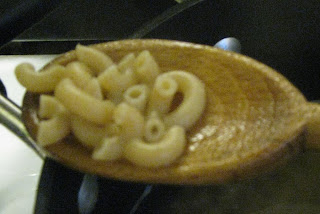 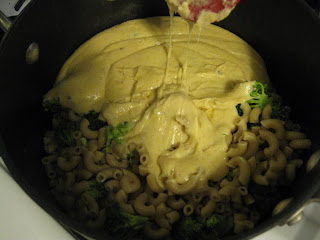 Stir that together well - not so aggressively that the pasta gets mushy, but enough that the sauce gets up into the macaroni.
Grease a pan with butter.  Or something else, but notice there's no other butter here - go for it.  I used a large loaf pan and a small baking dish, but whatever fits. 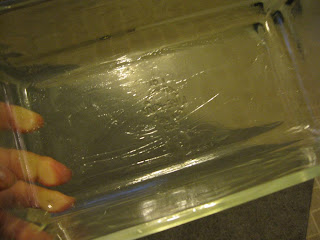 Pour the mac and cheese into these. 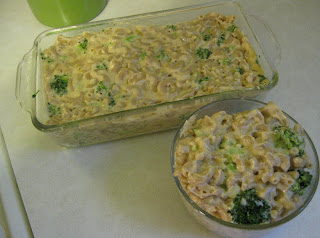 And top with panko breadcrumbs.  Lots of people grease their breadcrumbs, and that's a fine approach, but this still adds plenty of crunch ungreased. 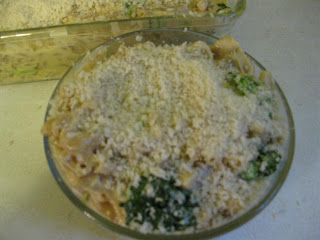 Pop it in the oven uncovered at 350 for 30 minutes.  When it's golden around the edges and crispy on top, you're good to go.  Let it set for a few after you take it out. 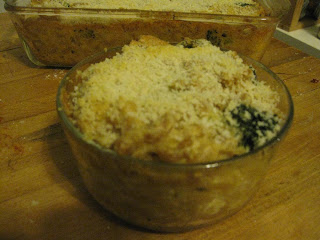 This made six good sized servings.  Have it with a salad, it's a lot of cheese. 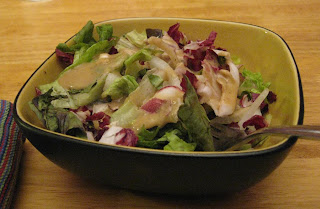 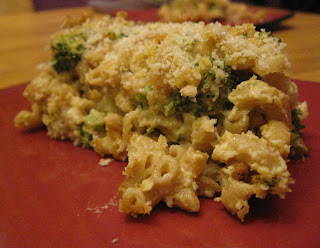 Cashew and Broccoli Mac and Cheese
by Saturday's Mouse May-25-2011
Creamy, cheesy and slightly broccoli-y
Ingredients
Instructions
Wash cashews and soak overnight, covered in water in the fridge. Drain and blend with warm water until smooth and not gritty (about a minute and half in my blender).Preheat oven to 350.Cook pasta until just shy of done. Simmer cashew cream on very low, slowly stirring in cheese. Stir in spices (vary amounts to taste). Drain pasta over broccoli to just begin to steam. Pour cheese sauce over pasta and broccoli. Stir well but gently. Grease baking dish(es) lightly with butter. Fill with macaroni, sauce and broccoli mixture. Top with a sprinkle of panko breadcrumbs. Bake, uncovered, 30 minutes or until the edges start to turn golden.
Details
Prep time: 20 mins Cook time: 30 mins Total time: 50 mins Yield: 6 big servings
Posted by Rose