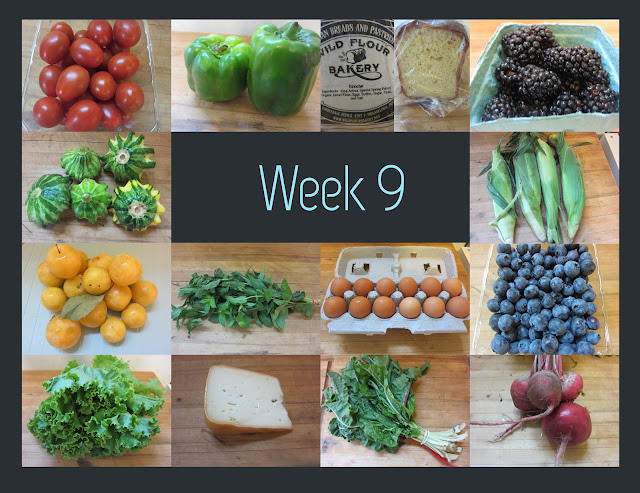 It's getting so colorful.  There's this period when everything's green (following a long winter when everything's beige or brown or green) and then the tomatoes show up.  I know we've had tomatoes a few times now, but with them and the fruit and the loathsome beets, it's pretty.

There is an overabundance of herbs in my fridge. The whole top shelf is mugs and jars with some water and something green sticking out. Shiro Plums.  I'm not familiar with this variety, so I don't know if it's their current ripeness or just the way they're supposed to be, but they're softer than you'd expect.  I'm not sure that's a plus. 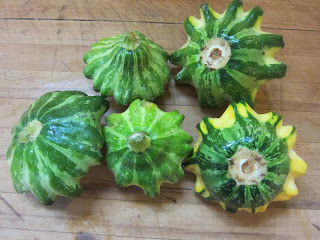 Pattypan squash.  I've never been good at these, even though I"m pretty good at other squashes.  The skin to fruit ratio is all screwed up, they're impossible to peel and I'm disinterested in roasting anything in July.  We'll figure it out. 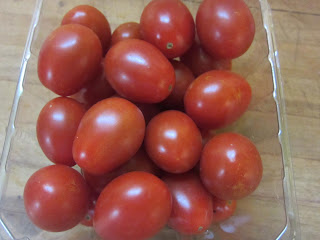 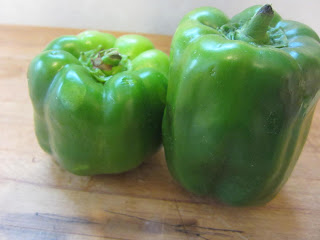 Peppers.  Sous Chef Brian bought these, they weren't included in the CSA.  I'm really glad we have a farm market right there on site.  We use peppers in everything. 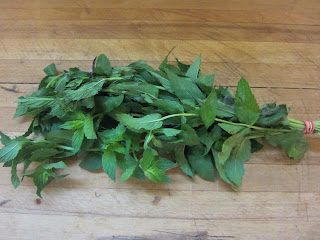 Mint.  This is a thing - a thing I've probably discussed before.  For a decade, Sous Chef Brian avoided mint.  It was almost like an allergy.  I bought orange toothpaste.  Then we used it fresh at that one little cooking class we took, and he liked it.  Then had had mint chutney and he liked it.  But I spent my whole adulthood running from mint since he said it made him feel like he was choking - and mint candies still make him feel that way.  I have no idea how to use mint. 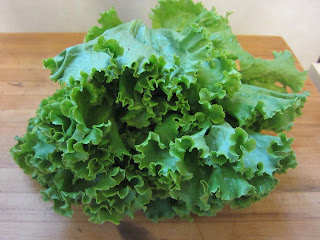 Lettuce.  I get all spoiled with the good veg.  Last week we had butter lettuce, which makes this week's green leaf look boring.  Maybe I should start putting things in my salad other than just lettuce. 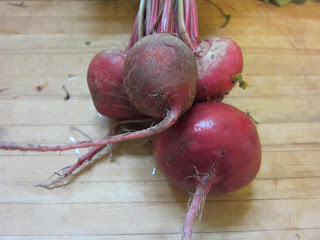 Beets. I give these to a guy I work with. 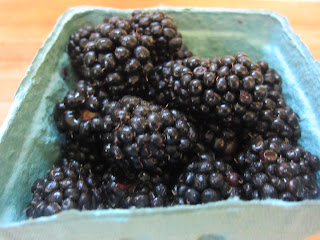 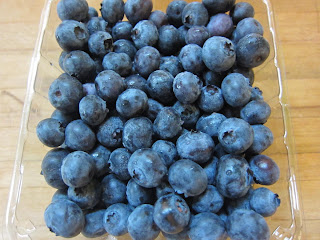 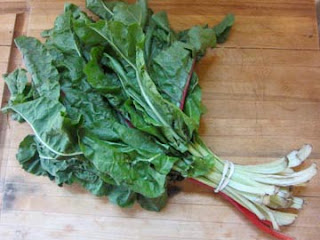 Chard, the most versatile of the veg.  Also purchased. 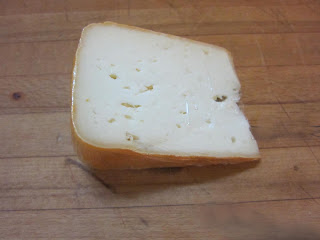 The cheese is called Cabra la Mancha, and is apparently a Spanish-style goat cheese.  We're having a tough time keeping up with the cheeses, which is surprising. 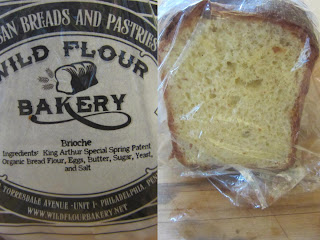 This is million-dollar-bread. But not only do I not want to turn on my oven to make bread, bread isn't rising right inside my house lately, so million-dollar (amazing) bread it is. 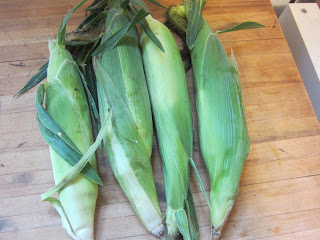 Corn.  Most weeks we use one ear and then roast and freeze the other three.  There's going to be plenty of corn in the freezer later. 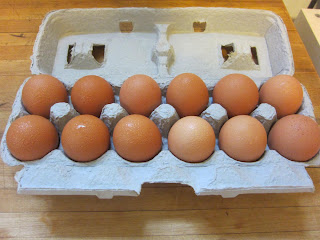