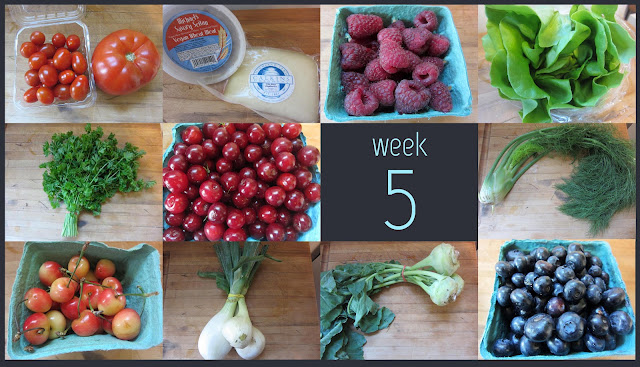 I'm going to go in order of looks. 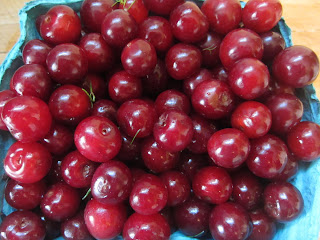 Sour cherries.  A friend with the same CSA seemed a bit overwhelmed by the cherries and their natural inclination to be a part of baked goods.  It's a lot of pressure to have to make a pie. Since I don't bake, I've just been eating them but whoa there's kind of a lot now.  Brownies? 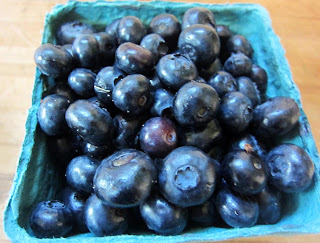 Blueberries.  Sous Chef Brian purchased these separately at the same farm where we pick up our share, because they're a favorite, they're beautiful, and he doesn't eat cherries. 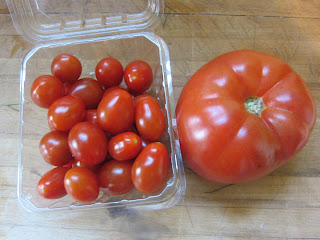 Don't these tomatoes look almost supermarkety in appearance?  They're legit, but they have that magical glow and perfect round shiny firmness that fake tomatoes have too. 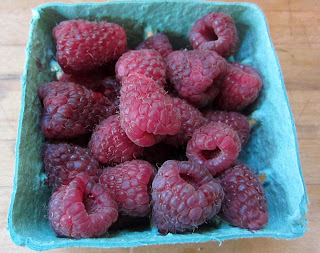 I guess it's hard to go in order of looks, I mean these are bumpy and hairy, but raspberries are supposed to be, and they taste amazing. I checked. 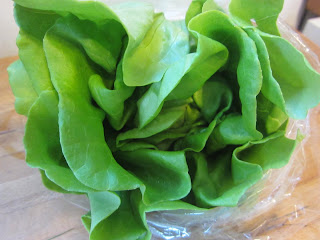 Butterhead lettuce. Look how soft and smooth and buttery it is.  It's not a ton of lettuce and it's going to go quickly. 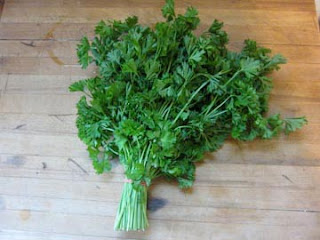 I'm always disappointed in parsley.  Not that I expect anything of it, but I'm disappointed when I get it in a CSA, because I don't decorate plates in diners.  I could make tabouli or falafel.  Or what? 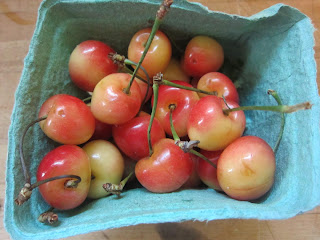 Just a few sweet cherries, but they're fantastic.  It's ugly from here on out. 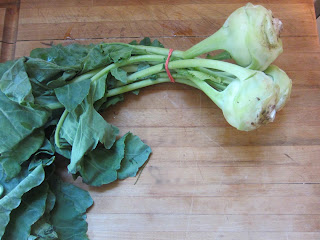 Kohlrabi.  I hide the greens in with other greens, like collards, and slice up the bulb to eat raw.  It's like if a mild radish, a salad turnip and an apple got together and had a baby.  Kind of. 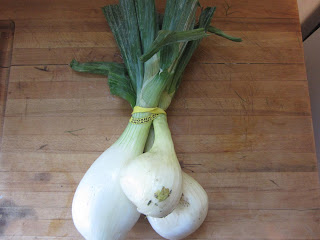 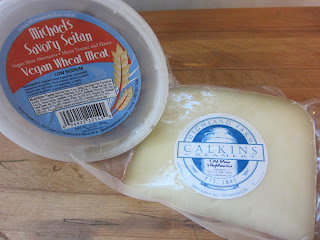 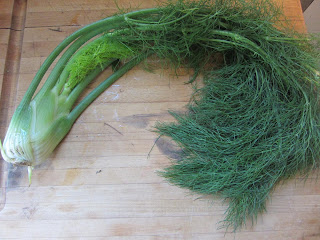 And fennel.  I use fennel for one thing, thinly sliced on a white pizza, but I generally consider anything in the licorice/anise/fennel family to be the enemy.