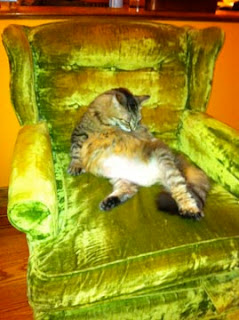 No exciting recipes right now, but here's what I've been up to.  (Food-wise, that is... I do other things too.)

Went with MSNDG and the half-vegan (who may be identifying herself as whole-vegan these days) to Vedge.  We went to Horizons together right before it closed, and you can read about that here, if you like to live in the past.

Vedge was great, but the highlights were the service and the dessert.  We got some excellent guidance on our wine choice from one of the owners, which was much appreciated, and then, on a recommendation from a friend, we ordered two of the same dessert between us.  The Sticky Toffee Pudding was all that we expected and more.  It was maybe the best dessert I've had.  That's vanilla bourbon ice cream on top of caramel soaked "pudding" (cake).  It was fairly ridiculous. 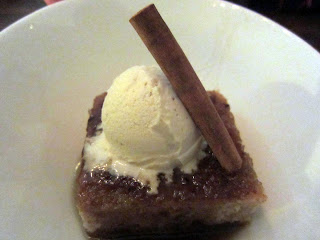 A while back I made these seitan and spinach nachos, which were pretty spectacular, but I didn't take photos for ya'll because it seemed like kinda the same thing as the seitan and collards quesadilla,  but yeah.  That white stuff?  Just sour cream with cilantro, but whoa.


There was a superbowl, too.  One of us really likes football, particularly the Giants, but both of us like dip.


The jalepeno jelly was from Margerum's, via the buying club, and seriously, it was like 3 parts cream cheese to 2 parts jelly, stir and smile.


I also made the Pioneer Woman's Barbecue Bourbon Sliders but didn't take pics.  I didn't make any changes, and they were pretty damn good.


Also, look at the size of this carrot!