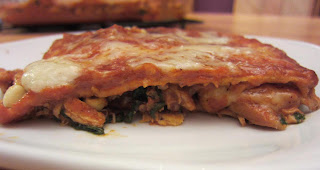 
I just hate the word "casserole."  Casserole sounds like a can of cream of something soup with crumbled potato chips on top. Or corn flakes. And I intended to make enchiladas, really I did, but my corn tortillas did not hold up in the freezer, so after I defrosted them, I started rolling, they started crumbling and this was plan B.  And it was delicious, and just like an enchilada, except for the shape.

Start with a bunch of dried spices.  Cumin, paprika, onion, garlic and lots of cayenne.  And some flour.  Start with a tablespoon of each, except the cayenne, do two of that, and make the sauce, taste and adjust.


Scooch them around a pan with a little bit (I mean like a teaspoon) of oil to make a paste. 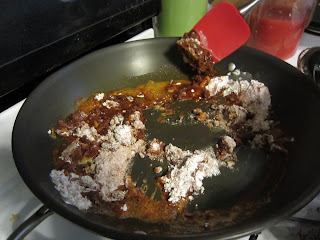 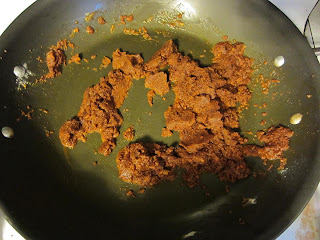 
I made sauce with some seeded skinless tomatoes I had frozen, and some tomato juice I had made ("Made" meaning I simmered the juice of some tomatoes with sugar and salt.) 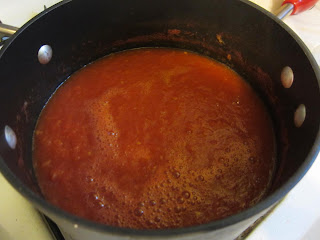 Mix that with the spices and simmer low.  Add a sprinkle of sugar.  Taste your sauce and adjust your spices. 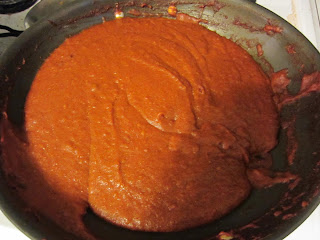 Make up some filling.  We cooked up a fairly large boneless skinless chicken breast in a dry saute pan, seasoned with the same sorts of spices from the sauce, and Sous Chef Brian shredded it with two forks. 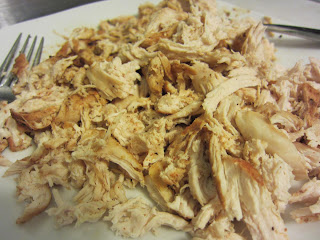 That set aside, we made the rest.  Onions. And garlic. 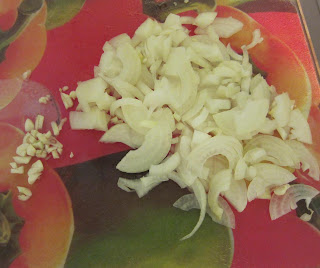 Cooked in the same saute pan as the chicken. 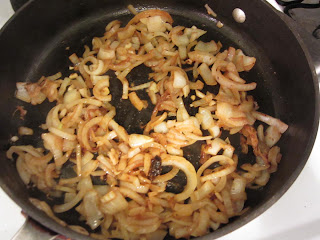 Roasted corn.  Stovetop style.  One cob.
Also chipotles in adobo from a can.  Chopped. 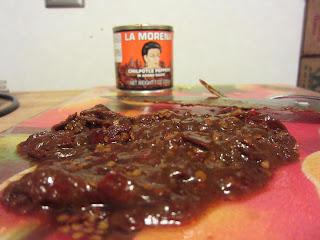 We used about half the can, and later realized it was too spicy, so we pulled out some of the larger pieces.  Maybe 1/4 can?  More sauce than solids?  Make it however hot you want it. 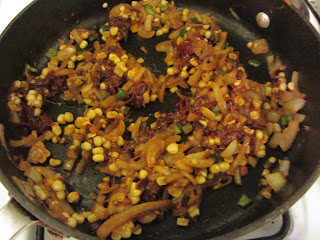 Add a bit of the enchilada sauce.  A cup?  Simmer low. 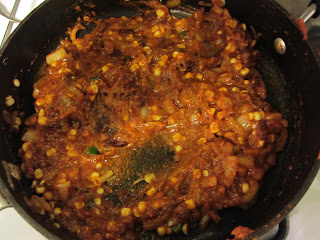 Add the chicken and a head of greens, wilted.  I used chard, because I think it's the most flexible of the greens. 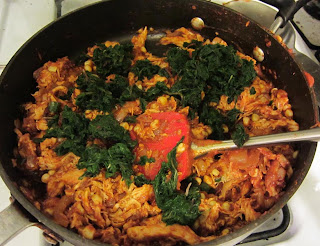 
Add cheese.  1/2 cup of shredded colby here, but whatever you're feeling. 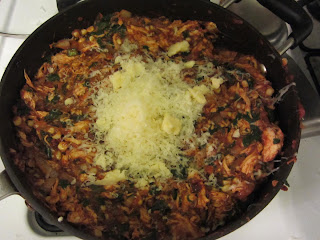 When the filling is all one thing, you're ready to make enchiladas.  Or enchiladasagna. 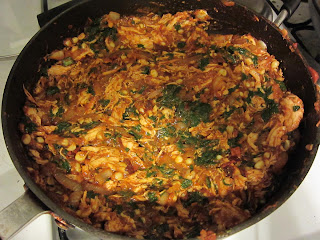 Coat a baking dish in the sauce. 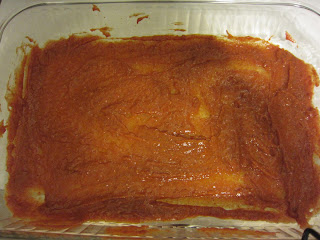 I got all up in it, at this point, I coated my hands with the sauce and then touched all over the tortillas.  You could also dip your tortillas in the sauce.  I saved a dish.


Do a layer of corn tortillas.


And a layer of filling. 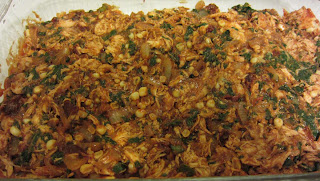 And top with corn tortillas and some sauce.   You'll have extra sauce, if you make yours like I did. 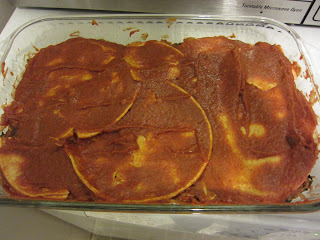 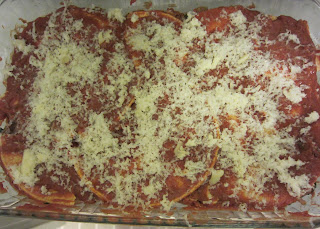 Bake at 350 for about 20 minutes - everything in here is already cooked, you just want it to come together. 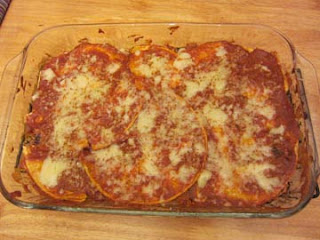 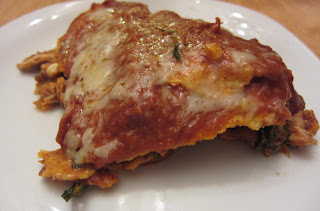 Just as good as enchiladas.  Of course, if your corn tortillas have the requisite structural integrity, you don't layer this, just coat a tortilla in sauce, fill with filling, roll and add to the dish.  Repeat.  Top with cheese and bake.

This is really easy to make vegetarian, too.  Add black beans and some diced zucchini and maybe some bell peppers, or whatever veg makes you smile (or is crowding your crisper).  This made eight big servings, so we've been pulling individually wrapped slices out of the freezer for lunches this week. Yum.