Before I felt like I was someone who could cook, I could cook Italian.  Sous Chef Brian and I are both part Italian.  We were both raised on Italian food.  And yet, in this Italian neighborhood, we've been consistently disappointed in the Italian restaurants.  There are exceptions, sure.  We had an amazing dinner at Le Virtu several months ago.  We really liked everything about our experience at The High Note six months ago. We go to bakeries and buy tomato pie. But most of the places around here seem to drown the food in cream sauce and cheese, and then you can't taste anything. I really have nothing against cream sauce and cheese, you know that, but I want to taste my food.  Lots of times we're served red sauce swimming in oil.  It's not ok.

One of the things that holds us back, beyond our negative experiences, is our own menu limitations.  I'm not going to eat veal or mussels, and that makes it tough.  Brian's going to eat less of that than I am.  So we check menus in advance.

Last week we were celebrating (it's my birthday, he released his EP, we've been together for a million years last week, it's even our houseiversary) and figured it was time to try another Italian joint.  The first place we picked wasn't open, and the next two menus we looked at were a bit too meat-focused, so we ended up at Da Vinci.   It had decent Yelp reviews and the menu looked good.


It's a BYO, which I love, so we came prepared. 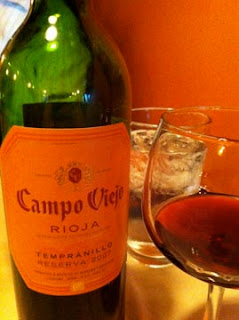 The bread was rustic and fresh.  Steaming hot inside like they had baked this loaf just for us.  Soft and chewy inside, crispy crust... perfect. 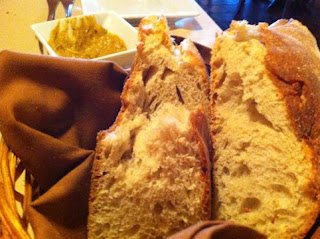 Especially with this zucchini and tomato dipping sauce. 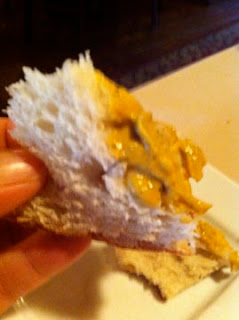 We shared a huge caesar salad.  The dressing was creamy and tangy, but not overwhelming, and the lettuce was crisp.  Not a lot I can say about a caesar salad.  It was good.  Sometimes they're awful. 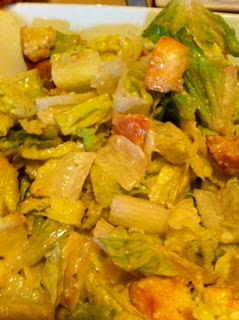 And an eggplant rollatini appetizer.  I'm a huge sucker for eggplant rollatini.  The sauce was rich and complicated.  It was slightly sweet and I could taste the wine in it.  The cheese inside was smooth and creamy, and lightly seasoned. 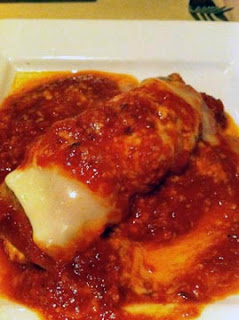 Sous Chef Brian ordered the Pollo Da Vinci, which was in a marsala sauce with sun-dried tomatoes and prosciutto.  His chicken was tender, the sauce was pleasantly sweet, and met with the tangy saltiness of the tomatoes and prosciutto.  Also, his potatoes were ridiculous.  They were fried crisp and perfectly seasoned, crunchy outside and so creamy it was like they were mashed inside.  And we both loved his peas.  I can't think of a time I've wanted to eat a pile of cooked peas, but they were fantastic. 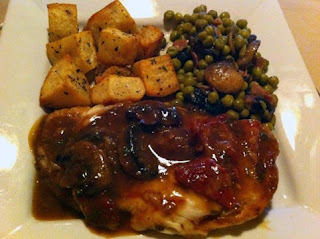 I got the Cappellini Gionvinetta, which was very fine angel hair pasta tossed with crab, tomatoes, garlic and white wine.  The crab was huge and sweet, and the whole thing worked together beautifully. 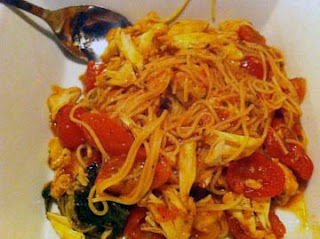 Altogether a fantastic meal.  We also spent some quality time trying to explain this painting of a weasel, which was a bonus.
Posted by Rose