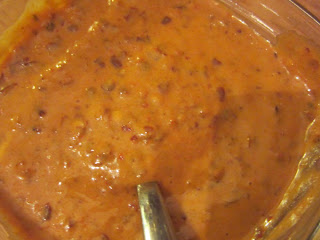 But the point is that you should make this sauce, and you should put it on everything you eat. Ok, in moderation, because it's mayo, but still.

Basically, we were having fish for dinner, and I'm really bad at it, and MSNDG was like, "Let's make a sauce!" and I was thinking, "Yes, harissa. Yes, harissa mayo!" Because anything is palatable when it's spicy enough, as has been proven with the combination of gefilte fish and horseradish. But MSNDG was like, "Chutney!" and then I listed off all the fruits I didn't have in the house (ok, all I have right now is frozen berries, frozen bananas and frozen watermelon), and she conceded and we made this.

I've made harissa before, and last time I wrote about it, it didn't go super well.  The deal, at least in my mind, is that you're not going to know how spicy your peppers are until you're at the tasting stage. At that point, you may have to make adjustments. Last time I wrote about harissa it was spicy to the point of suffering.  This time, I started with something too weak and added more peppers. 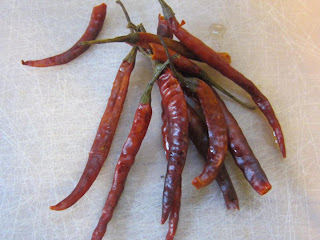 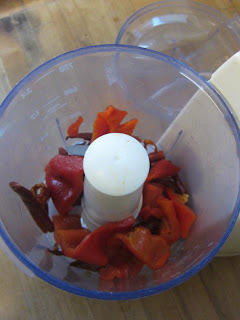 And about a half a roasted red pepper, into a chopper or processor. 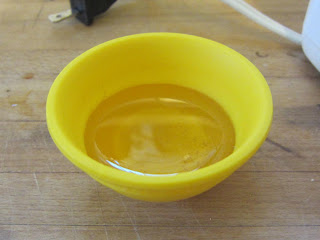 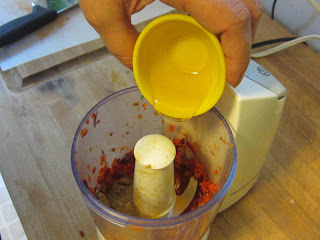 With a tablespoon of honey (sub agave or something else to do it vegan). 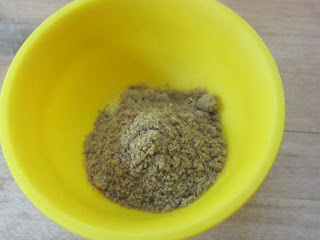 And about a teaspoon each of cumin and coriander. Add a squirt of lemon. 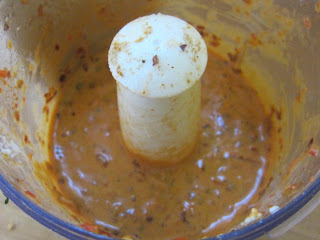 And enough vegenaise or real mayo to make a creamy sauce.  We worked our way up to about a third of a cup. Whir. 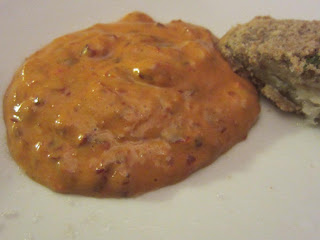 I didn't do measurements because last time I made harissa it was too hot, and this time, before I added extra chiles, it was like sweet cumin sauce, which was interesting but not what I was going for, so I needed to go back and adjust.  Chiles are not that measurable, so taste as you go.

This is smoky and sweet with a burn in the back, so it's not going to hit you on the front end and make it impossible to taste anything. I put it on my tilapia.  I put it on my tater tots.  We had a hot debate about processed food, while eating tater tots.  We discussed potential ways to make tater tots at home, and then happily ate our tilapia and tots, using this sauce the whole time.

There is leftover sauce in the fridge, and I'm totally going to put it on my oatmeal this morning. Maybe not, but everything else.